Gene Reed, a driver for Fort Wayne, Indiana-based OmniSource Corporation, was recognized recently for his 46 years of safe driving with no preventable accidents. He was named the Institute of Scrap Recycling Industries’ (ISRI) Safe Driver of the Year award.

Reed has a long history of involvement in the industry and community service. He was inducted into the National Private Truck Council Bridgestone Hall of Fame in 2006. He volunteers with the American Red Cross of northeast Indiana, and also volunteered with Hurricane Katrina and Hurricane Rita relief efforts, as well as recovery efforts after Hurricane Marilyn in the U.S. Virgin Islands in 1995.

“In my 30 years of transportation and safety I cannot recall a driver who has accomplished so much,” Hall said. “Gene has set the standard for others to follow, having given so much of himself and gone above and beyond on so many occasions. In the 1970s and early 80s truck drivers were often referred to as ‘Knights of the Road.’ I can honestly state that Gene Reed is one of those Knights of the Road.”

As part of his award, Reed received an ISRI Safe Driver leather jacket and $500. 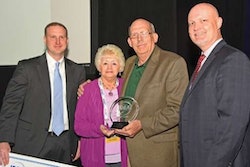 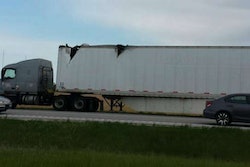 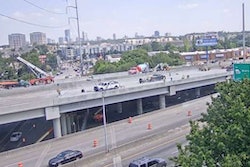 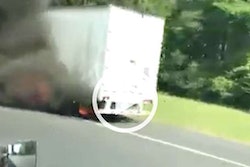