UPDATE: The bodies of the driver and a passenger in the tractor-trailer that went off the Chesapeake Bay Bridge and Tunnell Friday, July 27 were recovered and have been identified.

The passenger, Christopher Fenner, 29, of Seaford, Delaware was recovered from the tractor-trailer Saturday evening. The body of the driver, Jervone Rakeem Hall, 32, of Bridgeville, Delaware was located Sunday morning eight miles off of Fisherman’s Island and was recovered by officers from the Virginia Marine Police around 1 p.m., according to a statement from the Chesapeake Bay Bridge and Tunnel.

“The thoughts and prayers of everyone at the CBBT are with the family and loved ones of Mr. Hall and Mr. Fenner during this difficult time,” said Jeff Holland, CBBT Executive Director, in a news release.

Divers from Crofton Diving in Portsmouth, Virginia entered the water around 6:30 a.m. on Saturday, July 28 and located the tractor and trailer. Attempts to recover the vehicle started around 1:30 p.m. and were successfully completed around 3:30 p.m., according to a news release.

The tractor-trailer went overboard on the west side of the southbound span between the North Channel Bridge and the northernmost island Friday during a storm.

Media reports say divers found one body in the truck’s cab, but there are reports there were two people in it when it went off the bridge near mile marker 12 on the western side of the bridge-tunnel’s southbound span. The emergency call was received about 6:45 p.m. Friday.

It’s reported a van with five people inside was involved in the crash.

A major storm was over the area of the bridge at the time of the collision.

The accident investigation is being conducted by CBBT Police and remains ongoing. 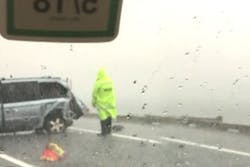 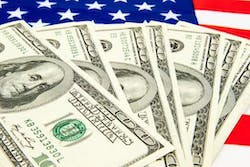 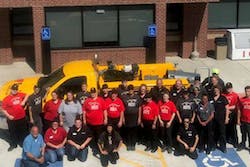 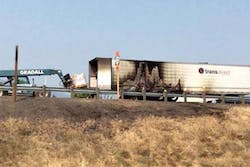