UPDATE: Another trucker became the third victim of the winter storm that inundated much of several southern states over the weekend. Two others trucker deaths were reported earlier.

Yadkin County Emergency Services reports a trucker who had been trying to shovel out his truck on Interstate 77 near Jonesville, North Carolina Sunday night complained of chest pains and died at a hospital later that day. The man has yet to be identified.

Also, part of Interstate 40 in western North Carolina was shut down today because a tractor-trailer hauling pigs overturned in the westbound lanes near their Tennessee state line. The unidentified driver was seriously injured, according to media reports. Some pigs died in the crash and some escaped the truck and had to be rounded up.

An Alabama truck driver was one of the victims of the weekend’s massive winter storm that dropped some 2 feet of snow over parts of Georgia, South Carolina, Tennessee, Kentucky, North Carolina, West Virginia, Virginia, and Maryland.

Police say William James Taylor, 58, of Robertsdale, Alabama had left his truck when it became disabled on northbound I-81 near Exit 66 in Kingsport, Tennessee. He is reported to have left his truck and was walking on the shoulder when an SUV skidded out of control and struck him. The incident occurred at about 1:30 p.m. Sunday, Dec. 9.

Gov. Roy Cooper told CNN, “This storm dropped staggering amounts of snow, ice, and rain across our state. A year’s worth of snowfall or more fell on some places in a little more than a day.” The North Carolina State Highway Patrol responded to some 672 crashes, and the National Guard was mobilized to help.

Some 280,000 people were still without power as of this morning in parts of North Carolina, Virginia, South Carolina and Tennessee.

In the wake of the storm, temperatures are forecast to drop into the teens and 20s tonight and Tuesday night then into the 20s to lower 30s Wednesday night. Motorists are warned to be on the alert for black ice as the snow melts and refreezes.

Rain is forecast for the region late in the week.

An overturned livestock truck on westbound I-40 near the TN state line has shut down traffic 3 miles prior to Exit 7 (Cold Springs Creek Rd.). Expect heavy delays. pic.twitter.com/NJZk3bRduH 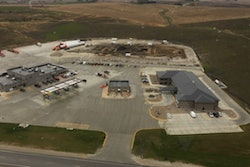 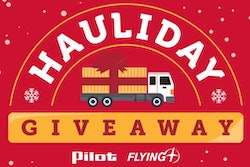 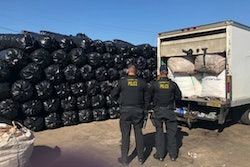 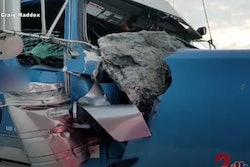 Boulder crashes down on truck in Alaska earthquake