Trucker who shot minivans with slingshot going to jail

A Wisconsin truck driver who earlier this year used a slingshot to shoot out the windows of passing minivans as he drove on Interstate 74 near Champaign, Illinois has been sentenced to two and a half years in prison.

Kevin Casey, 53, of Janesville, Wisconsin pleaded guilty Friday before Judge Roger Webber to one count of aggravated battery in connection with an incident in which a 3-year-old boy was cut by flying glass when the window of the minivan his mother was driving was shattered.

As part of his plea deal, Casey will also pay $6,222.15 in restitution to 16 victims. Casey also had his tractor-trailer repossessed by the finance company that held the title.

Illinois State Police had reports of as many as 45 vandalisms between late March and June 1 when Casey was arrested.

Police caught Casey in the act of using a slingshot to shatter a window of an eastbound minivan on I-74. At the time of his arrest, police found a slingshot, metal ball bearings of various sizes and materials used to make slingshots. 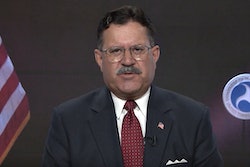 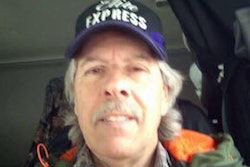 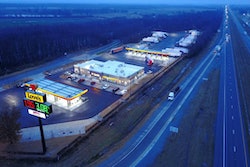 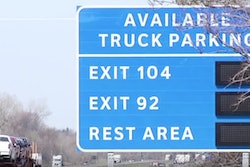