Record-setting floods in Nebraska have prompted 74 cities, 65 counties and four Native American tribal areas to declare states of emergency. Floods have also inundated parts of South Dakota, Iowa, Missouri, and Wisconsin, and the National Weather Service says there may be more to come.

Travel on many interstates and other major highways has been disrupted, and the states of emergency have triggered temporary suspension of some federal regulations for truckers involved in recovery efforts.

And, there is a need even more help from truckers.

Kent Grisham, president and CEO of the Nebraska Trucking Association said there is a need for food-grade tankers to haul water.

“We’re circulating the request, and when a motor carrier responds, we forward them to the emergency management folks,” said Grisham. “We’re also aware of truckers being pressed into service to haul rock/gravel for emergency road repairs. We’re not involved in recruiting those. However, we are working with the state to make it easier for those truckers to cross state lines as part of the emergency relief.”

“We have a few trucking companies who are actually flooded themselves,” said Grisham. ” I’ve also heard from several who have had trucks and drivers stranded in some of the communities that were completely cut-off by the floods.  And the creative re-routing going on in Nebraska and Iowa is a challenge, adding many hours or even days to the time it takes to get deliveries done.

“All in all, everyone has the mindset to keep on trucking …”

One good instance of companies that have kept on trucking, as Grisham said, resulted in a coordinated effort to get food and other supplies to one of those communities cut off by the flood waters.

On Sunday, March 17 and Monda, March 18, a convoy of nine tractor-trailers delivered much-needed food to the community of Fremont where stores were running low on supplies. The Nebraska State Patrol, the National Guard and Nebraska Department of Transportation collaborated to create a safe route into Fremont to get food to shelters housing and feeding residents.

And, the flooding has been tough for some of those who serve truckers.

The Love’s Travel Stop in Pacific Junction, Iowa, is closed for business due to the widespread flooding across Iowa and Nebraska, accordingto a spoesperson. The Love’s Travel Stop in Valley, Nebraska, is now serving customers with fuel and merchandise. The Subway at the Love’s in Valley remains temporarily closed. Love’s continues to serve customers at unaffected locations in Nebraska and Iowa. The company expets to have updates as conditions improve.

Road conditions and closures can be found for:

Numerous roads closed across NW Missouri due to moderate to major flooding along the Missouri River. This now includes the closure of I-29 north of St. Joseph. pic.twitter.com/FTiAPEvAYE

Heads up! A new Flood Warning is in effect for a large portion of southeast Nebraska and southwest Iowa. .25"-.75" of rain will be possible through this evening within the warned area. pic.twitter.com/Bn2aVBJDwX 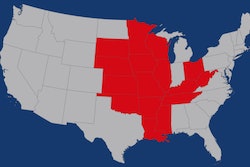 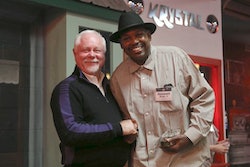