Mechanical failure reportedly led to the driver of a Ford Mustang finding himself wedged underneath a moving semi on I-69 Sunday, May 12, around 12:10 p.m., according to the Indiana State Police.

A 1989 Ford Mustang, being driven by 40-year-old Ryan Lawson, was driving northbound in the passing lane alongside a 2017 Volvo tractor-trailer when Lawson lost control and veered under the tractor-trailer. The Volvo’s driver, 59-year-old Ivan Stovburn from Montreal, Canada, didn’t immediately realize Lawson and his car were wedged underneath his trailer and continued traveling for another one-half mile before stopping in the driving lane.

Police are attributing the crash to mechanical failure on the part of the Mustang. Lawson was able to exit his Mustang on his own. He refused medical treatment. Stovburn was uninjured. The accident caused traffic on I-69 to be at a standstill for about 30 minutes. 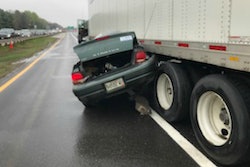 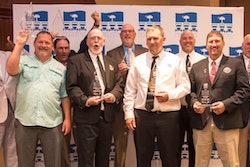 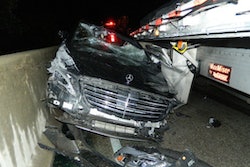 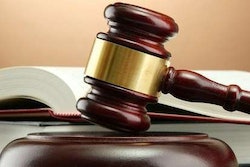