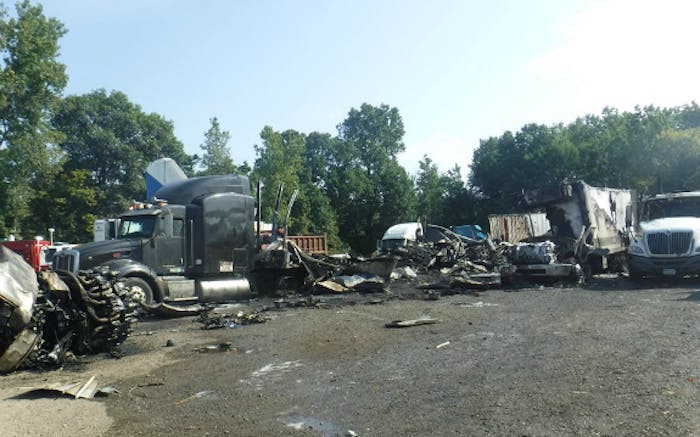 A cargo plane crashed into a truck repair and towing facility near Interstate 80 in Ohio Wednesday, Sept. 11. The two people on the plane died in the crash, and equipment on the ground was damaged or destroyed.

The National Transportation Safety Board today is conducting an investigation of the crash site at Bubba’s Diesel and Auto Repair parking lot east of the Toledo Express Airport. The Associated Press reports “about a half-dozen” unoccupied semitrailers burned.

The Convair CV-440 was carrying auto parts when it went down at about 2:30 a.m. The plane belonged to Barker Aeromotive, Inc., of Laredo, Texas. Ohio State Police said the two crew members on board, Douglas Taylor, 72, and Donald Peterson, Sr., 69, both of Laredo died in the crash.

No one on the ground was injured.

Wreckage from the plane crash just outside of Toledo Express Airport pic.twitter.com/g18GTogq9y 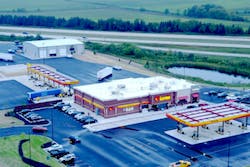 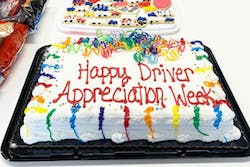 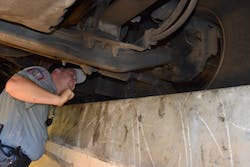 Will your truck pass next week’s brake inspection blitz?