A truck driver recently struck a low bridge in Massachusetts and admitted to police he saw the ‘No Trucks” sign but just kept driving. The driver claims he was confused by the sign so continued on.

An officer from the Massachusetts State Police Commercial Vehicle Enforcement Section and one from the state police in Boston responded to the crash on eastbound Storrow Drive in Boston Friday morning, Sept. 27. The truck loaded with bundles of hardwood flooring struck the Silber Way footbridge.

However, this driver was not alone.

A report of the incident said this was the third truck that morning to illegally enter Storrow Drive, which does not allow trucks. Those two were stopped and removed before they could hit the bridge. All three drivers were issued citations. 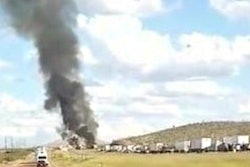 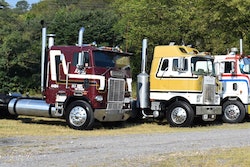 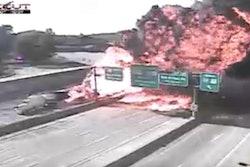 Hit by two cars, tanker burns on I-49 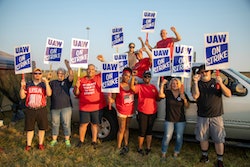