Trooper Mason Wiley, who was off duty at the time, was southbound on I-65 about six miles south of the Rensselaer exit when he saw a northbound tractor-trailer smoking heavily from the trailer’s rear axle, according to a statement from the Indiana State Police. Wiley turned around in the cross over on I-65 and stopped the truck on the right shoulder. By this time the brakes on the trailer were on fire and spreading to the trailer itself.

The driver failed to release the brakes causing them to spark the fire, according to the police statement.

The driver, Quiner Louis, 31 of Boynton Beach, Florida, who was driving the 2013 Freightliner, owned by Balkan Logistics Group out of Countryside, Illinois was able to disconnect the tractor from the trailer.

No injuries were reported in the mishap, which occurred at about 5:40 p.m., according to police. 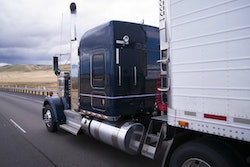 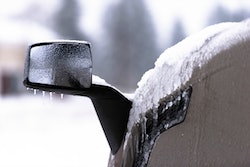 Winter storm forecast for Northern Plains; up to 18″ of snow 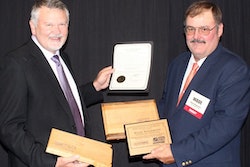 YRC Freight trucker is South Dakota’s Driver of the Year 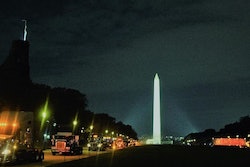 Truckers converge on Washington for ‘Big 10-4’