The Kidney Foundation of Utah and Idaho recently received a generous donation from a charitable group of truck drivers.

Drivers participating in the Great Salt Lake Truck Show opted to give their prize money back to the show, which supports the Kidney Foundation of Utah and Idaho. The show donates to support the Truck Show Family Kidney Camp, an annual event for patients and their families at a mountain retreat.

“For most of them they never get vacations so this is their one thing they have to look forward to every year,” said Sunne Wallace, one of the truck show’s organizers.

“More than half of the people last year gave back their prize money because they just know it’s going to be donated to the Kidney Foundation,” Wallace said. “The majority of the participants that come to the show come just to support the cause. They’re not looking for recognition, they just want to help support.”

Owner-operator Clyde Green, of Cheyenne, Wyoming, won the Competitor’s Choice Award, which came with a top prize of $3,000, with his 1982 Kenworth W900A. Green, who has attended the show a number of times, promptly gave the prize money back.

“This year I thought I was just fine before I got the $3,000 and I’ll be just fine if I give it back. It’s for the kids, not for anything else, so I thought it needed to go back,” Green said.

The Great Salt Lake Truck Show held its 30th anniversary show Aug. 9-10 at Thanksgiving Point in Lehi, Utah. The show gave out $10,000 in prize money and approximately $9,000 was returned back to be donated. Wallace said the show is thankful for the support it gets from drivers.

“They spent countless hours getting their trucks ready and showing up for three days. We give them $200 and they just give it right back,” Wallace said. “It’s amazing. It’s so heartwarming to know that we’re supported by such generous, great people.”

Individual sponsors each selected their own award winners. Those winners were: 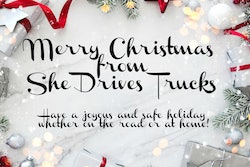 Trucking shows its big heart at the holidays 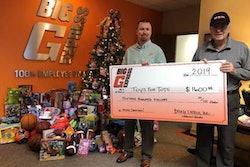 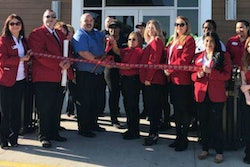 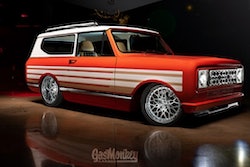