A 62-year-old trucker died Thursday, Nov. 7, when his tractor-trailer fell from an interstate in Texas. Elsewhere, two tractor-trailers and a box truck were involved in a construction zone accident in Wisconsin Thursday, and a trucker had his trailerload of soybeans cut in half by a freight train on a railroad crossing in North Dakota the same day.

Police say Aguillon was merging onto I-10 West from I-35 South and appears to have lost control of his truck. He slid backward and across the main lanes of the highway toward the right side. The truck’s trailer hit a Honda Accord before rolling over the concrete retaining wall and off the highway, landing on the frontage road below.

The driver of the Honda was not injured, and the mishap remains under investigation.

Two tractor-trailers and a box truck were involved in a collision Thursday, Nov. 7, on Interstate 41 in Wisconsin.

The crash occurred just before noon near Allenton, which is about 40 miles northwest of Milwaukee.

The Washington County Sheriff’s Office said a tractor-trailer slowed and stopped for traffic near a construction zone, and a box truck stopped behind it. According to the sheriff’s department, the driver of the box truck saw another tractor-trailer approaching, so tried unsuccessfully to pull onto the shoulder to avoid a collision.

An 82-year-old North Dakota truck driver was injured after he failed to stop at a railroad crossing and the grain trailer he was hauling was struck by a freight train.

A statement from the North Dakota Highway Patrol says Arlo Stedman, 82, of Glenfield, was traveling from a soybean field to a grain elevator west of New Rockford, which is about 125 miles west of Grand Forks. Stedman, according to the NDHP, failed to stop at a railroad crossing for an approaching freight train and the truck’s trailer was struck.

Stedman suffered non-life-threatening injuries and was taken to a nearby hospital. There were no injuries to the train’s crew. Troopers said the train and its 83 freight cars remained on the tracks and continued to Minot.

The crash remains under investigation by NDHP. 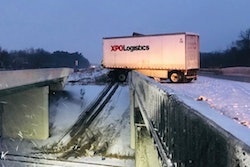 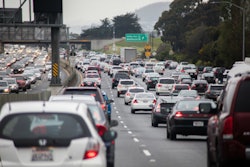 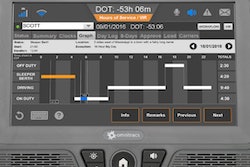 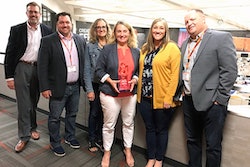