An ABF Freight System driver was recently recognized for stopping to assist a motorist whose car was in the ditch.

The Truckload Carriers Association named Greg Truitt, from Mount Airy, North Carolina, a Highway Angel, for stopping to help an older woman alone in her car that had gone off the road. TCA explains:

It was 3 a.m. on. a day in early April, and Truitt was traveling on Highway 460 on his way to Charleston, West Virginia from Roanoke, Virginia. A storm had started. The wind had picked up and it was raining. Two deer started across the highway in front of him. Only one made it, the other lost its footing on the pavement, and Truitt couldn’t avoid striking it. “It didn’t feel like it did much damage, but I did need to pull over and check everything out.”

Truitt said There was no good place to pull over, no emergency lane. “Before I could find a place, I saw a car up ahead backed into the ditch sideways. The front end was sticking out a foot or two into the right travel lane.” As he got closer, he could see a white-haired lady in the driver’s seat. There was a handicap placard hanging from the rearview mirror.

Truitt pulled over and positioned his truck, partially blocking the right lane. “Her vehicle was turned sideways, you couldn’t see her headlights, and she didn’t have her four-ways on. Someone could have come by and caught the front end of the car.” He grabbed a flashlight and went over to check on the driver. “She thought she was out of gas,” he recalled. “She said she was in her 90s and had come from her sister’s, which was a pretty good way from where she was.” He believes she may have made a wrong turn and just kept driving. “She told me her son lived in Lynchburg and gave me his name. She couldn’t think of his number.” Truitt wasn’t able to find the number on the Internet. “I told her I would call 911 to get her some help.” He stayed with her until two sheriff’s patrol cars arrived.

Truitt was able to get in touch with the woman’s son a few days later to make sure she was safe. “He was a retired police officer,” said Truitt. “He thanked me for stopping and said she’s doing well. I don’t feel like I did anything special. Most of the truck drivers out here are good people. I’m sure 98 percent of the people that came across that situation would have done the same thing. I’m glad the Lord put me in the right spot at the right time so I could help her. I’m glad it worked out.”

For his willingness to assist his fellow drivers, TCA has presented Truitt with a certificate, patch, lapel pin, and truck decals. His employer, ABF Freight System, has also received a certificate acknowledging their driver as a Highway Angel. 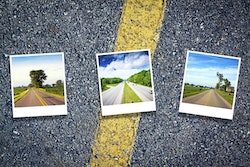 Summer travel to be down; road trips only slightly 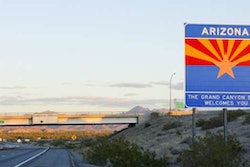 Arizona expands use of weigh-in-motion technology 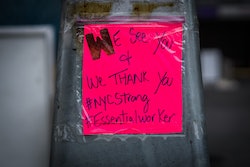