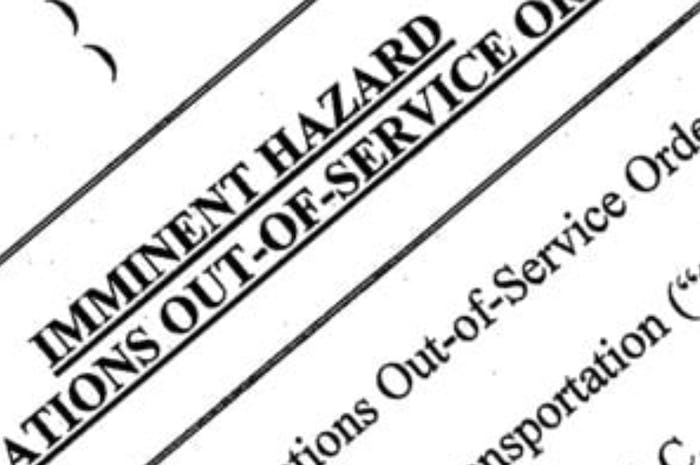 A separate imminent hazard order was also served by FMCSA to Woods Dependable Towing truck driver Samuel Lee Wren. The order prohibits Wren from operating any commercial motor vehicle in interstate commerce. He was served the federal order on March 3.

During a compliance investigation conducted earlier this month by FMCSA, "numerous serious violations of federal safety statutes and regulations were discovered," according to the agency. These included:

Failing to have a systematic inspection, repair and maintenance program for its vehicles. In the past 24 months ending January 2021, Woods Dependable Towing’s vehicles were subject to 31 unannounced roadside inspections.  On 16 occasions, or at a rate of greater than 50 percent, Woods Dependable Towing trucks were immediately ordered out-of-service for serious safety violations, according to the FMCSA.  (The average nationally for commercial vehicles ordered out-of-service following roadside inspections is 20.7 percent.)  The safety violations included inoperable lights; deficient braking systems, and; flat tires and/or tires dangerously worn with exposed fabric, ply or structural belt material. In reviewing the carrier’s maintenance records, FMCSA said its investigators found no evidence that vehicles were periodically inspected as required. In two instances, annual periodic inspection forms were found to be falsified.

Failing to systematically monitor its drivers as required to ensure compliance with federal hours-of-service regulations. FMCSA said its investigators found evidence that drivers had submitted falsified records-of-duty-status – and in the instance of driver Samuel Lee Wren – evidence that he routinely disabled his mandatory electronic logging device.  While driving for Woods Dependable Towing, within a span of about three weeks in the fall of 2020, Wren had two separate, single-vehicle crashes; one in Tennessee, and the other in Ohio. In both instances, Wren received citations from state law enforcement officers. FMCSA investigators found that prior to and on the day of the Tennessee crash, Wren had exceeded the allowable on-duty driving hours and that he had falsified his records-of-duty-status.

RELATED: Driver shut down by FMCSA for violating out of service order

Failing to ensure its CDL drivers are qualified. During its compliance investigation, FMCSA investigators found that even though driver Wren in May 2020 had been informed that he tested positive for a controlled substance, thus prohibiting him from operating a commercial motor vehicle for which a CDL was required, the carrier permitted him to continue to drive its trucks.

The FMCSA imminent hazard out-of-service order to Woods Dependable Towing states its “…. complete and utter disregard for ensuring compliance with [federal safety regulations] substantially increases the likelihood of serious injury or death for your drivers and the motoring public if your operations are not discontinued immediately.”

Woods Dependable Towing may be assessed civil penalties of up to $27,813 for each violation of the out-of-service order.  The carrier may also be assessed civil penalties of not less than $11,125 for providing transportation requiring federal operating authority registration and up to $15,691 for operating a commercial vehicle in interstate commerce without necessary USDOT registration.  If violations are determined to be willful, criminal penalties may be imposed, including a fine of up to $25,000 and imprisonment for a term not to exceed one year.

Separately, Wren may be assessed civil penalties of up to $1,895 for each violation of his federal imminent hazard order.  Knowing and/or willful violation of the order may also result in criminal penalties.

Wren may not operate a commercial vehicle until such time as he successfully completes the statutorily required return-to-duty process overseen by a Substance Abuse Professional.

A copy of the imminent hazard order to Woods Dependable Towing is available here: https://www.fmcsa.dot.gov/safety/imminent-hazard-operations-out-service-order-woods-dependable-towing-llc 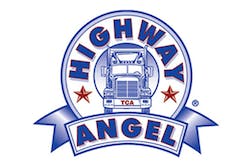 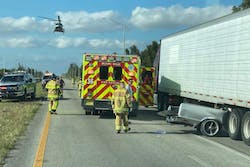 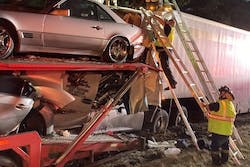 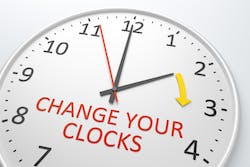