An incident on Interstate 75 in Tennessee last month that claimed the life of a veteran law enforcement officer led federal regulators to order a Texas carrier to cease operations.

The Federal Motor Carrier Safety Administration declared Houston-based Koboat Trucking LLC to be an “imminent hazard” to public safety and ordered the motor carrier to immediately cease all interstate and intrastate operations. The company was served the federal order on March 4.

On Feb. 3, a driver operating a truck for Koboat Trucking LLC crashed in Tennessee and killed Sergeant Christopher Jenkins from the Loudon County Sheriff’s Office.  The truck's driver ignored a rolling roadblock and crashed into two cars before killing Jenkins, who had stopped to remove a ladder obstructing the roadway.

The Koboat Trucking driver did not have a commercial driver’s license, was prohibited from operating commercial motor vehicles due to a previous positive drug test, and was arrested for being under the influence of marijuana at the time of the crash.  A subsequent FMCSA review of Koboat Trucking found the carrier to be egregiously noncompliant with multiple federal safety regulations, including:

Koboat Trucking exercised virtually no oversight over its drivers or vehicles and thus abdicated all responsibility for safety.

FMCSA’s imminent hazard out-of-service order states that Koboat Trucking’s  “…complete and utter disregard for the [federal safety regulations] substantially increases the likelihood of serious injury or death for your drivers and the motoring public if your operations are not discontinued immediately.”

Failing to comply with the provisions of the federal imminent hazard order may result in civil penalties of up to $28,142 for each violation.  Koboat Trucking LLC may also be assessed civil penalties of not less than $11,256 for providing transportation in interstate commerce without operating authority registration, and up to $15,876 for operating a CMV in interstate commerce without USDOT Number registration.  Knowing and/or willful violations may result in criminal penalties.

Sonny Beason, 35, of Loudon County, Tennessee, who was driving the truck that dropped an unsecured ladder, has been charged with three counts of misdemeanor reckless endangerment and driving on a suspended license. 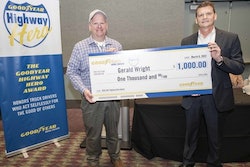 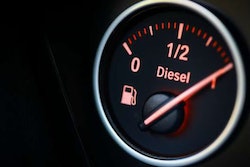 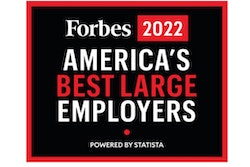 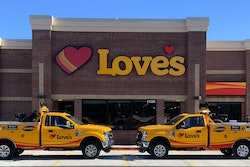