Trucker being attacked by a street takeover mob in California.

A truck driver Monday was attacked in the cab of his tractor-trailer and at least part of his cargo stolen during a so-called "takeover" by street racers of an intersection in San Bernardino, California.

Witness videos of the scene show motorists doing "donuts" in the intersection reported to be that of W. 5th Street and Mt. Vernon Avenue in San Bernardino, a city of about 216,000 people east of Los Angeles. The videos also show fireworks exploding the intersection.

Those videos also show a white day cab with a single white trailer stopped and the crowd surging forward and opening the driver's side door. Reports say beer bottles were also thrown at and struck the driver, who was not identified.

Videos also show the rear trailer door open and at least one person in the trailer throwing boxes out the back into the hands of the crowd.

All the while, dozens of people used their smartphones to take videos of the crime and it appeared that no one went to the aid of the trucker. As a TV reporter said, eventually two vehicles in front of the tractor-trailer moved and the trucker was able to flee the scene.

There is no indication that police arrived on the scene until after the trucker left and the crowd began to disperse. 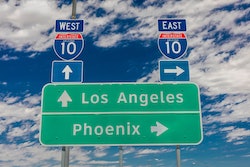 I-10 lane closures planned this week in Phoenix; expect delays 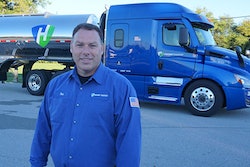 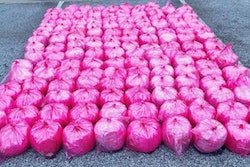 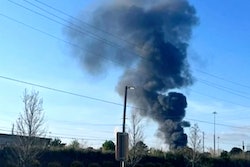