Truckers in Pennsylvania will have to be sure snow and ice are removed from their vehicles this winter if a recently passed piece of legislation is signed by that state's governor, which he is expected to do.

Gov. Thomas Wolf is expected to sign the new law, which would go into effect this winter.

Named “Christine’s Law,” the legislation was championed by Sen. Lisa Boscola. She said the law would help prevent incidents like the one that befell Christine Lambert on Christmas Day 2005. She died when a large piece of ice dislodged from a passing box truck and crashed through her windshield.

While the law requires drivers to make an effort to remove ice and snow from their vehicles, it does make two exceptions for motor carrier vehicles, mass transit vehicles, and buses from this requirement under the following:

The Pennsylvania Motor Truck Association said it had opposed previous versions of this legislation. However, PMTA said it worked with Boscola to address their concerns and "appreciates the exceptions that she provided in the legislation."

Boscola said her legislation strengthens the existing law by deterring drivers and preventing tragedies before they happen.

The current law only penalizes a driver when serious bodily harm occurs from a snow or ice projectile, said a statement from the senator. Christine’s Law gives police officers discretion to pull over a vehicle where the buildup of ice or snow poses a potential hazard. 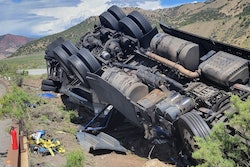 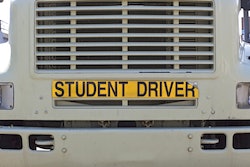 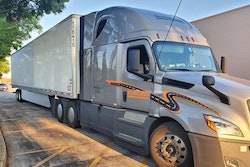 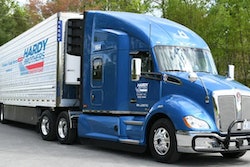