During that time law enforcement personnel in the U.S., Canada, and Mexico will be on roadways issuing warnings and citations to commercial motor vehicle and passenger vehicle drivers engaging in unsafe driving behaviors, such as speeding, distracted driving, following too closely, improper lane change, and drunk or drugged driving.

Because of an increased number of speed-related fatalities in 2021, speeding will be targeted.

In the U.S. 1,325 of those citations were issued to drivers of commercial vehicles for speeding or driving too fast for conditions. Another 2,386 speed-related warnings were given to U.S. commercial vehicle drivers.

The second most common violation for U.S. commercial vehicle drivers was failure to wear a seat belt for which 791 citations (602 warnings) were given. The third most common citation -- 498 issued -- was for failure to obey a traffic control device, The fourth was for texting or using a handheld device -- 246 citations issued. Fifth most citations issused was for improper lane change -- 70.

The CVSA's Operation Safe Driver program was created to improve the driving behaviors of all drivers and reduce the number of crashes involving commercial motor vehicles on our roadways through educational and traffic enforcement strategies.

“This safe driving initiative and campaign focuses specifically on drivers’ actions – whether it’s something a driver did, like speeding, or something they didn’t do, such as not paying attention to the driving task,” said CVSA President Capt. John Broers with the South Dakota Highway Patrol. “This focus on drivers’ behaviors is our effort to identify and educate drivers who are operating dangerously on our roadways, with the goal of preventing crashes from occurring.” 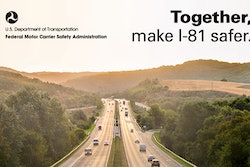 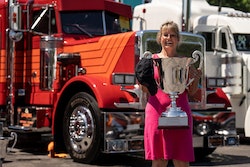 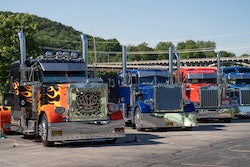