A winter storm sweeping much of the U.S. is being described as "life-threatening" and is expected to cause travel difficulties for truckers and millions of holiday travelers in some states still recovering from a previous storm. Winter weather watches and advisories span over 30 states from Washington to Florida.

The National Weather Service describes the current conditions this way:

"An Arctic blast of dangerous and life-threatening cold will consume much of the Lower 48 over the next few days. Wind chill warnings, watches and advisories currently extend from the Northwest to as far south as the Gulf Coast and east into the Eastern U.S. A powerful winter storm is also expected with the blast to produce heavy snow and blizzard conditions in the Midwest and Great Lakes."

Heavy snowfall, strong winds, and dangerously cold temperatures span from the northern Great Basin through the Plains, Upper Midwest, Great Lakes, and the northern/central Appalachians, according to the weather service.

Record-breaking cold air is following a strong arctic cold front diving southward across the southern Plains today and eastward into the Ohio/Tennessee Valleys by tonight. Behind the front, temperatures across the central High Plains have already plummeted 50 degrees in just a few hours, with widespread subzero readings extending throughout much of the central/northern Plains and northern Rockies/Great Basin, the weather service said. These temperatures combined with sustained winds of 20 to 30 mph and higher wind gusts of up to 60 mph will create wind chills as low as minus 40 degrees across a large swath of the Intermountain West and northern/central Plains, with more localized areas of minus 50 to minus 70 possible through the end of the week.

Snow squalls are likely to occur immediately behind the arctic front as it travels from the mid-Mississippi Valley to the East Coast. The weather service said developing snow squalls could lead to extremely hazardous travel conditions at times, as they will be accompanied by gusts to 40 mph and the potential for sudden whiteout conditions.

The Upper Midwest, Great Lakes, and Northeast can expect blizzard conditions starting Friday. Heavy snowfall rates of 1-2" per hour, along with wind gusts of over 50 mph will result in near-zero visibility. This will lead to dangerous, and at times impossible, land and air travel leading up to the holiday weekend. The combination of heavy snow and strong wind gusts could lead to significant infrastructure impacts, including scattered tree damage and power outages.

Heavy rainfall is expected across the Mid-Atlantic and Northeast through early Friday.

Meanwhile, a separate storm system is set to impact the Pacific Northwest beginning tonight and is anticipated to spread precipitation and gusty winds onshore ahead of an approaching warm front. After initially starting as snow, sleet and freezing rain is likely to develop and could linger for an extended amount of time over parts of western Washington and northwestern Oregon. 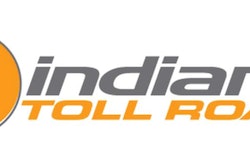 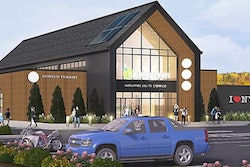 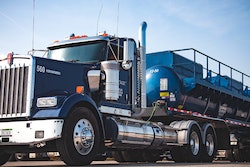 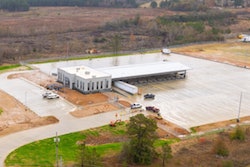