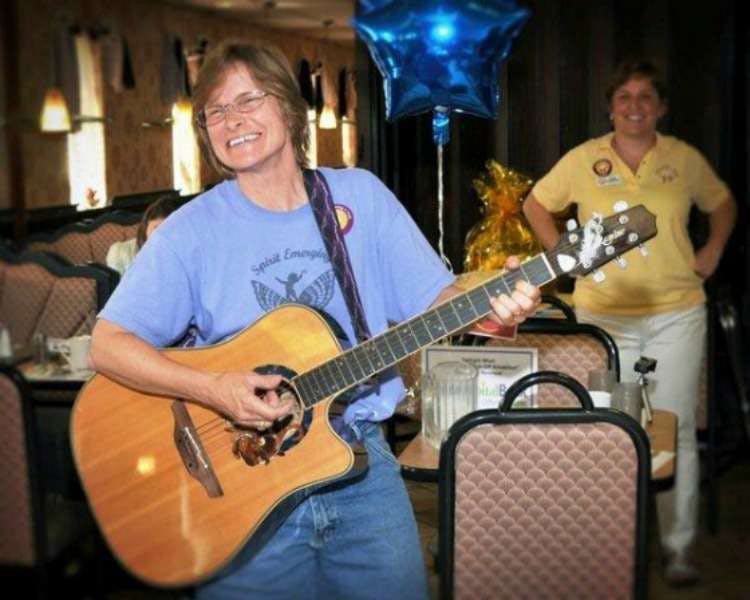 Annabella Wood performs during a stop on her trip with Margarette Kirsch. (Image Courtesy of AnnabellaWood.com)

As a young girl sitting in the passenger’s seat of her father’s station wagon, Annabella Wood would stare at big trucks as they passed by. She’d watch the wheels go around, and she knew from a young age that she wanted to grow up to drive one of those big rigs.

When she graduated high school, instead of pursuing a four-year degree at a college, she told her parents she wanted to go to trucking school.

“They thought that was a great idea. It was a lot cheaper than college,” Wood laughs.

Wood, currently of Philadelphia, started trucking in 1977 and drove actively until her last truck trip in 2011. She’s done all kinds of hauling during her trucking career. She started out delivering furniture in Dallas-Fort Worth, she hauled gasoline in Los Angeles and then specialized in hazardous materials. She did dry bulk for about 13 years. She was a company driver for 22 years until she started her own trucking company in 1996, specializing in hauling computers. While that company ended in 2002, Wood kept on trucking until 2011.

This year Wood got back behind the wheel to grant the wish of 82-year-old Margarette Kirsch through the Twilight Wish Foundation. Kirsch’s dream was to travel the United States in an 18-wheeler. Together, Wood and Kirsch traveled 7,000 miles through 17 states.

“It was real trucking. She wanted to experience the real deal and she got it. We had a great time,” Wood said.

Wood is also a country musician. The foundation reached out to her after seeing the video for her single “Truck Drivin’ Mama” online. The song was inspired by her love for trucking and being on the road.

“That was an inspiration. It came already written,” Wood said.

A lot of her music is formed that way, she says. 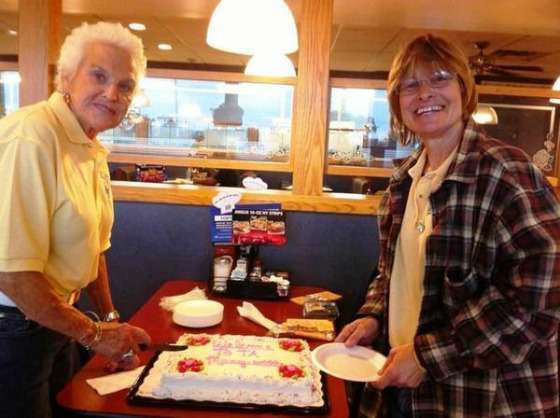 Singing was something she turned to during long, quiet cross country trips. In the days before satellite radio, she said, when truckers would drive cross country there would usually be a day or two when there was no sound.

“The only time you heard someone was when someone called out on CB radio. I bought all kinds of tapes and studied all kinds of things while I was in the truck and I actually learned an awful lot about all kinds of stuff,” Wood said.

Singing wasn’t the only skill Wood honed during her trucking trips. She became a licensed minister and a life coach.

Wood was driving locally when she started doing handy work in her area. Her own double-wide trailer was destroyed in a tornado. She found herself having to fix the work the contractor she hired was doing, so she decided to take it over completely.

“I’d go home after work every night and fix everything he’d done. I knew the thousands and thousands of dollars I was giving him, so I just said forget it and I started fixing my own house and I realized I really loved it,” Wood said.

She then started buying fixer uppers and living in them while she did the repairs. She did that for years, and over time trucking gave way to the home repair business.

Wood may not drive anymore, but trucking is still a large part of who she is. She says she would absolutely recommend trucking to other women.

“I think trucking is a great way to make a really good, honest living,” Wood said. 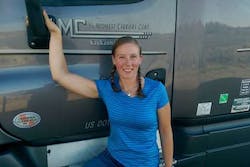 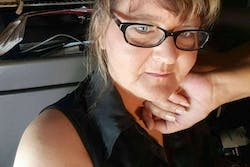 Company driver trains other women to hit the road 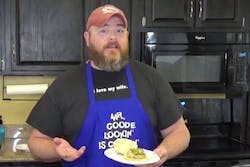 Not paradise but cheeseburgers from a slow-cooker 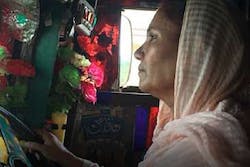