Lonely on the road? You may feel sleepier too

Unless you drive with a team partner, driving is a solitary profession. Even with smartphones and CB radios, most drivers have to be content with their own company.

Well-adjusted as one might be, loneliness can be an occupational hazard, especially for the over-the-road driver. A new study shows that loneliness can lead to another especially real problem truckers: Sleeplessness.

Researchers at King’s College in London, England recently found a link between loneliness and poor sleep quality in a study of more than 2,000 British young adults. They say lonelier people were 24 percent more likely to feel tired and have difficulty concentrating during the day, according to the study that appeared in Psychological Medicine.

Those feelings of loneliness may be heightened if a person has been exposed to violence.

A statement from the university about the study explained, “One of the proposed reasons for restless sleep in lonely individuals is the possibility they feel less safe, so the researchers examined the impact of past exposure to violence, including crime, sexual abuse, child maltreatment and violent abuse by family members or peers. The association between loneliness and poor sleep quality was almost 70 per cent stronger among those exposed to the most severe forms of violence.” 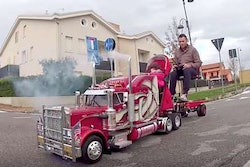 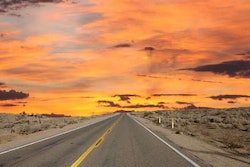 7 ways to get your morning started right 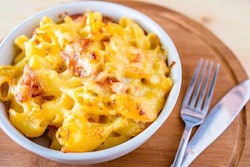 Mac and cheese the easy way with a slow cooker