Busy summer for change at some major U.S. fleets

This has been a bust summer for some of this country’s major trucking companies. There have been several major purchases and the creation of opportunities for some drivers. Here are a few of the most recent ones.

Texas-based Central Freight Lines has announced the creation of a new division for owner-operator teams called the Expedited Elite Fleet.

To fill the team spots in this new division, the company is contracting team drivers in Fontana, California; Houston; Atlanta; and Orlando, Florida.

Teams in the new division will earn $1.15 base pay plus fuel surcharge. They can also expect dedicated lanes, terminal-to-terminal runs, two coast-to-coast options, and 5,000 miles or more per week.

Interested owner-operators must be at least 23 years old, have a minimum of one year OTR tractor-trailer driving experience and have a valid Class A CDL with Hazmat, doubles/triples and tanker endorsements.

Central Freight Lines is a less-than-truckload carrier based in based in Waco, Texas.

Daseke expands its flock once again

Texas-based Daseke, Inc. today announced a merger that adds the Steelman Companies to the Daseke group of companies.

The Steelman Companies generated about $46 million in revenue in 2016.

Operating throughout the Midwest, the 26-year-old Steelman Companies has two distinct areas of expertise. Steelman Transportation carries flatbed and heavy haul freight, while Group One specializes in transporting roll-on powersports and industrial warehousing as well as offering 10-wheel drive-away services, according to a statement from Daseke.

“The ability to work with the rest of the fantastic companies in the Daseke family, share customers and develop synergies and efficiencies were all major attractions to joining Daseke,” said Jim Towery, president and CEO of the Steelman Companies. “To move forward, you must have pride in what you’re doing, and we’re definitely proud to be moving forward as a member of the Daseke family.”

The transaction cost a reported $113 million.

Michael Gerdin, chairman, president and CEO of Heartland, which is located in North Liberty, Iowa, said IDC’s truckload business generated about $325 million in total revenue in 2016.

He said IDC’s Tacoma headquarters and national terminal network overlap with many existing Heartland locations and will be consolidated in the future.

In a statement issued by Heartland, Gerdin said, “We are excited to add IDC’s high quality drivers, experienced personnel, and strong customer base to Heartland’s operations. IDC is an excellent operational fit, as its terminal network has nearly direct overlap with our current locations. Heartland will gain significant additional traffic density in the West, and our stronger eastern network will improve service for IDC’s customers in the East.”

IDC was founded in 1933 and provides primarily dry van truckload services, including local, regional, dedicated, and transcontinental services in western and southeastern U.S. Its fleet includes about 1,350 company tractors, 220 tractors supplied by independent contractors, and 4,700 trailers. 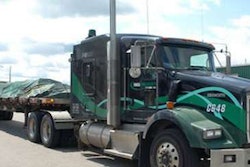 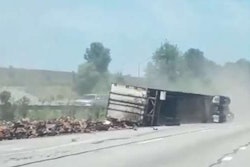 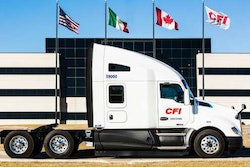 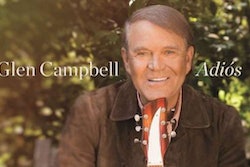