After divorce, woman takes to the road on her own 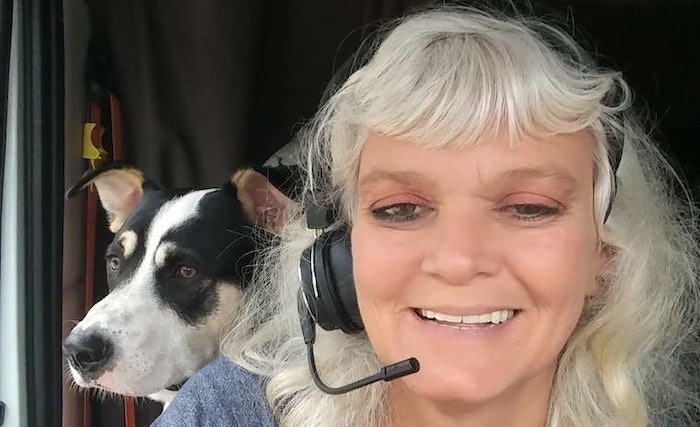 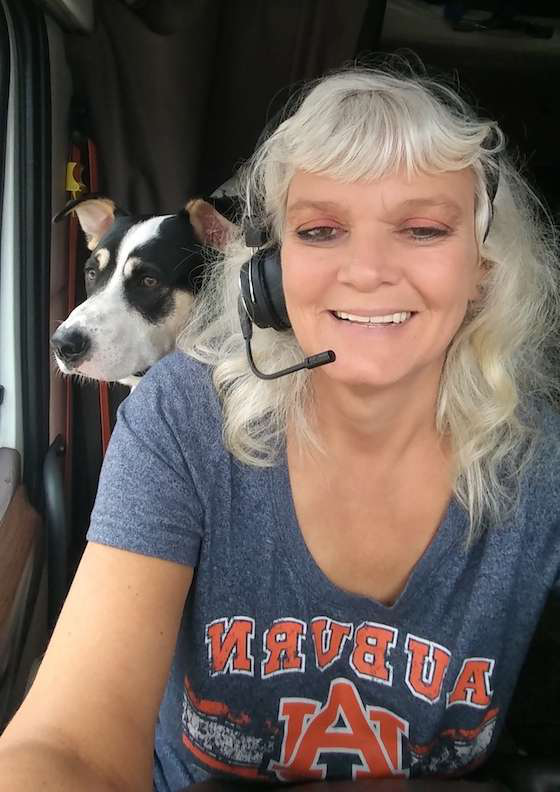 Pamela Cagle got into trucking by riding team with her then-husband, but when their marriage ended she headed out on the road alone. The switch from driving team to driving solo was jarring at first, but Cagle has adapted well.

Cagle started driving team in February 2014, but when she and her husband divorced in June 2016 she found herself driving solo.

Cagle, from Red Level, Alabama, was scared to strike out on her own. She had to re-learn some essential driving skills she hadn’t had to use as a team driver, like backing. During most of their runs, her now ex-husband would handle the backing while she went in to deal with paperwork.

When she first starting re-learning to back she struggled, but she kept practicing until she got better at it. She still constantly practices backing, intentionally seeking out parking spots and other locations she has to back into.

“It took me a lot longer than it should have, but I did it. I was always proud of myself that I did it and I did it by myself,” Cagle said.

She’s even gotten compliments on her backing skills. A mechanic asked her to back a trailer into a bay for maintenance, and he was so impressed by her backing skills that he told her she backed better than most of the men that drove through, she said.

“I’m really good at it now. I can pull into a truck stop and get back in the spot in minutes, whereas when I first started solo it took me 30-45 minutes to get into the spot,” Cagle said.

She also dealt with a lot of anxiety when she started driving solo. After one particularly harrowing trip to Laredo, Texas during which a dock worker told her women didn’t belong in trucking, Cagle says she had to pull over at a rest area and just breathe for a moment and compose herself.

“I had anxiety going in there and I had it even worse coming out. It was so bad that I had to stop at the first rest area coming out of Laredo and lay down on the bed and breathe because my heart was hurting. That’s how bad my anxiety was that day,” Cagle said.

Cagle started pulling a dry van for Alabama Motor Express in January of this year. Her anxiety has subsided, and she has advice for other women who may be branching out solo for the first time or facing some of the same fears she did: Calm down, evaluate the situation, and take it slow and easy.

“If you have to, call up another trucker that understands what you’re going through and can talk to you and calm you down,” Cagle said.

Just breathe and go at your own pace, she says.