New Mexico truck driver Loretta Bruyere is headed to the National Truck Driving and Step Van Championships this August for the first time.

Bruyere, who drives for FedEx Freight, began competing in the New Mexico state trucking championships in 2012 and has participated each year since then. This year was her first time placing first in a category. She finished first in the Twin Trailers class but had an impressive showing all around. Bruyere was named Grand Champion for accumulating the highest overall score.

“It was something that I was happy I accomplished. Every time I went to the state (championship) I was like one of these years I will take it, and I was so happy when I got first place,” Bruyere said. “I wasn’t expecting to be the grand champion. I was shocked when they announced that I’d won that, too. It was an amazing feeling to win that.”

Bruyere will compete in the national competition for the first time Aug. 15-18 in Columbus, Ohio. Headed into nationals, she says she’s not doing any additional practicing other than what she does through her job. Bruyere halls doubles for FedEx Freight from Farmington, New Mexico to Albuquerque and back.

“The way I figure, I drive the trucks every day so that’s part of my practicing. Mentally I’m just preparing myself to have the skills that we have to do there. It’s just like my everyday driving to me,” Bruyere said.

Bruyere said she would like to see more women competing in the trucking championship. In her six years of competing she can only recall seeing one other woman competitor. She advises would-be competitors to just do the best they can and have trust in their driving skills.

“What you do every day as your job is actually in the competition,” Bruyere said. 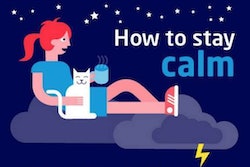 7 tips to beat stress while on the road 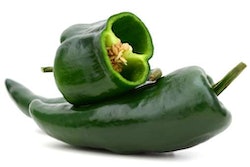 Use your slow cooker for poblano chicken 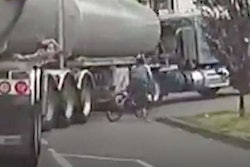 Bicyclist loses in collision with tanker