We’ve profiled many great women so far this year, and now that we’re halfway through 2019 we are revisiting some of them.

Whether these women are actively over the road or serving in a trainer or mentor role, they’ve each got stories to tell.

Click on each driver’s name to learn more about them and their trucking careers:

Canadian truck driver Maggie McCaskie’s lifelong love for animals led her to cattle hauling almost 10 years ago, and she hasn’t looked back. McCaskie first got her license working with an LTL company in October 2008 and by the following January, she had transitioned into cattle hauling. She’s been doing that ever since.

When April Coolidge started her trucking career she had two main goals: She wanted to drive for Walmart and she wanted to be on the American Trucking Associations‘ America’s Road Team. In the just six and a half years she’s been driving, she accomplished both.

Covenant driver Vivian Spencer has worked with her husband, Phil, for decades, so she knows a thing or two about how to balance a marriage and a professional partnership. Before they became truck drivers, the two ran a successful cleaning business for 13 years.

Tri-State Trucking’snew resort-style driver lounge, called the Legacy Lodge, has a secret weapon: Trudy Stroup, the lodge attendant. Lovingly referred to as the “lodge mom” by Tri-State’s staff and drivers, Stroup keeps the lodge’s operations running smoothly and provides a friendly face to drivers passing through the facility. Stroup drove for Tri-State for 20 years before coming off the road almost a year ago.

Truck driver Melissa Bradford’s job isn’t like any other trucking gig out there. She spends her driving days hauling a four-ton potato across the country as part of the Big Idaho Potato project, a promotional initiative by the Idaho Potato Commission.

Wilson Logistics driver trainer Kari Huisman is one of the first faces drivers see after signing on with the fleet. Huisman, from Olympia, Washington, leads several classes as part of the fleet’s onboarding program. Huisman drove for over 25 years before transitioning to her office-based trainer role, which she has held for about four years. 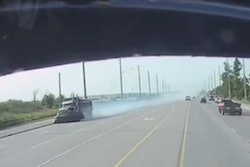 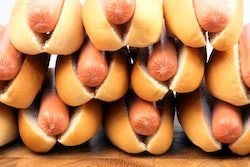 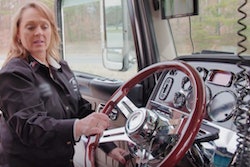 Ingrid Brown talks about her 40 years on the road