A trucker with a diverse driving background was recently honored by a national organization for women in transportation.

The Women In Trucking Association recently announced Carina BeeBe as its Member of the Month for May. She is a professional driver for Wilson Logistics.

In 1999, BeeBe began her professional driving career in Europe, driving primarily curtain van, mostly in Holland, Belgium, and Germany. After a couple of years, she moved on to refrigerated trailers and drove in Scotland and the United Kingdom. During this time, BeeBe delivered flowers and plants throughout Italy, Spain, Austria, Switzerland, and France. Wanting to try something different, she went back to refrigerated cartage in UK and Scotland.

BeeBe moved to Canada in 2011 to live a lifelong dream of driving a conventional style Peterbilt. The added benefit was to see a different part of the world. While in Canada, Carina worked driving step deck and flatbed hauling lumber and oversized loads.

A year later, BeeBe got married. She and her then-husband moved to Montana where she drove oversize flatbeds to Canada and Alaska. In addition, she worked a dedicated Walmart route from Washington to Alaska. For a short period of time, BeeBe also had her own transportation company delivering RV’s throughout North America.

After divorcing in 2018, BeeBe missed driving over-the-road in a big truck and knew she had to get back to it. She moved back to Montana and started with Wilson Logistics.

While with Wilson, BeeBe had the opportunity to be a CDL instructor. Not too long after becoming an instructor, it was clear to her that she really missed the road. So, today Carina and her dog Jack are on the road again. BeeBe is one of the Wilson Logistics cross-border drivers between the U.S. and Canada.

“I have always wanted to drive truck and see the world; I couldn’t imagine doing anything else,” she said. 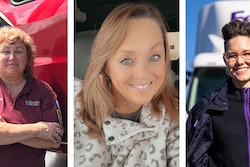 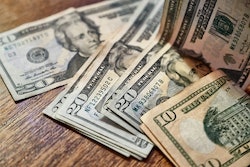