Canada has given us hockey, poutine, snowmobiles, the Blackberry and Tim Hortons.

In return, Peterbilt is giving our neighbors to the north the Model 389 Canadian 150th Anniversary Edition. The special edition truck is a salute to Canada’s 150th anniversary. 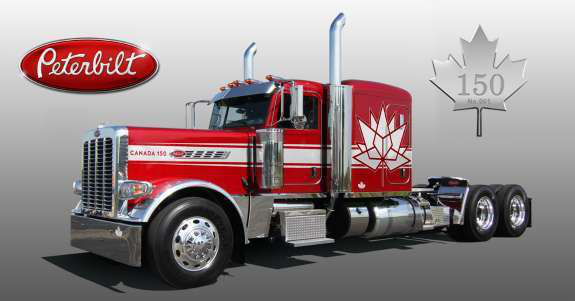 The Model 389 Canadian 150th Anniversary Edition is configured with a 131-inch BBC and can be spec’d in 72- and 78-inch sleeper configurations.

According to the company, exterior features of the anniversary edition 389 include:

The Model 389 Canadian 150th Anniversary Edition is available now for order through Peterbilt dealerships with production scheduled for May 15.