A 54-year-old truck driver from Tennessee had a medical emergency as he was northbound on I-75 near Exit 80 in Kentucky Sunday afternoon causing his load of plywood to strike southbound vehicles. The driver is reported to have died.

Surveillance cameras at a nearby self-storage company caught the mishap on video. It shows the truck driven by Billy Ray Berry, 54, of Waynesboro, Tennessee, stiking the center barrier, sending its load of plywood into the southbound lanes. WKYT of Lexington, Kentucky reports between six and eight vehicles were damgaed by the flying plywood.

Berry was transported to a hospital, where he was pronounced dead.

Several people in the vehicles struck by the plywood were injured; none seriously. 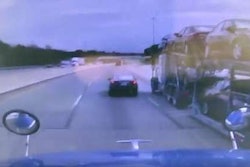 4-wheeler misses one truck, hits another 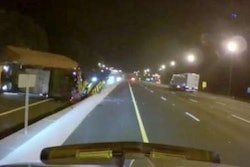 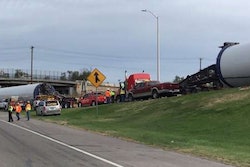 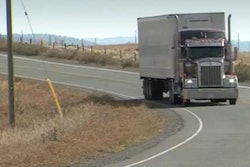