We posted a story yesterday about a trucker in North Carolina who forgot to lower the dump box on his truck and wiped out a bridge that was under construction. Now there is this video of a trucker on Highway 401 in Toronto Friday driving along with, yes, his dump box in the full upright position. 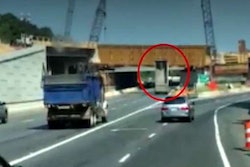 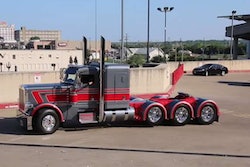 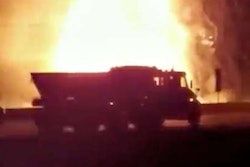 Watch as cans from load of Axe Body Spray explode 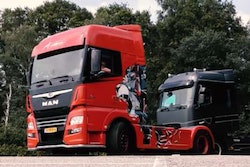 Get a look at trucks from across the pond