Governor & judge at odds over sentence for trucker in Colorado crash

The judge who issued a 110-year prison sentence to the young truck driver involved in the fiery crash that killed four people in Colorado and the governor who slashed that sentence to just 10 years remain at odds.

District Court Judge Bruce Jones criticized Colorado Gov. Jared Polis for lacking respect when he slashed the sentence of Rogel Aguilera-Moderos. Jones imposed the 110-year sentence because it was required by the state's mandatory sentencing law. After he did, an online petition was signed by almost 6 million people asking the sentence be reduced. The prosecutor in the case had asked the judge to reduce it to 20 to 30 years, and Jones had scheduled a hearing on the issue.

Before that hearing could be held, Gov. Polis reduced Aguilera-Moderos' sentence, saying he wanted to end the "circus" atmosphere that had developed around it.

Four people died in the crash on Interstate 70 near Denver in April of 2019. 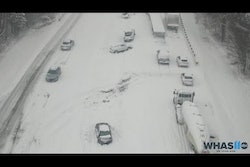 Dozens of cars stuck on Western Kentucky Parkway due to snow, crashes 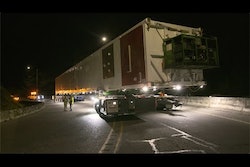 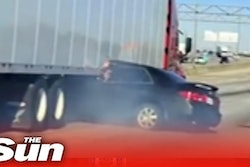