TruckersNews.com emerged in mid-August and since then, there has been a lot going on in the American trucking industry.

Much of what we reported were big picture stories: regulatory issues, backlash against trucks on the highway and off, emerging technology and the dollars and cents of life on the road.

However, some of the most compelling stories were those about people: why truckers do what they do, what happens when things go wrong, the helping hands and the creative minds of people who drive trucks for a living … and those who love trucking.

Our personal faves from 2014 include:

Sometimes things go badly, and this was one such story. A driver wanted more money from his employer and when he didn’t get it, he left his cargo at a truck stop and drove off into trouble.

For the 25th time, drivers, owners and fans of one of America’s most iconic brans — the Mack truck — gathered for two days at Gerhart Machinery in the Pennsylvania Dutch country. Lots of great nice trucks and even nicer folks.

Everyone is always looking for that one “very special” driver, but in this instance, they sought one for an equally special load. How many times does one haul a huge potato around the country?

As much as we don’t like to admit it, we’re not always in control. Truckers stranded in 7 feet of snow in western New York found that out the hard way in November. It took several days for things to normalize.

If you were a comic book fan as a kid, if you still are one, then the arrival of “The Ghost Fleet” was an early Christmas present. It’s “X-Files” on 18 wheels from big fan of trucks and truckers.

This bit of trucking history unfolded just a short drive from where I live in Upstate New York. These die-hard fans of Brockway trucks made the trek back to this modest college town where these hard workers were built for many years.

Easily two of the most enjoyable interviews of the year. After all, who spends their vacation driving over the road … for free just to have done it? These two guys came out of retirement to drive again. Would you do the same?

And, this was just odd. That’s why we liked it. These are the guys who had a hit with the What Does The Fox Say? Who’d have thought you could get a viral video out of a knot. See, I told you it was weird.

Late this fall, the trucking industry shouldered the responsibility of transporting hundreds of thousands of wreaths to be place on the graves of veterans. Truckers stepped up in a big way. In a word: inspirational.

This guy may not drive a truck, but he sure can write songs and sing about them and the trucking life. His new CD is due out any day now, and it is loaded with great music. We’ll revisit it when it drops.

Harry Welker is a certified highway hero. It was good to talk with him at the Great American Trucking Show last August in Dallas. 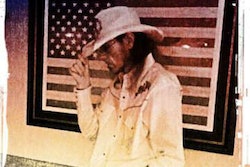 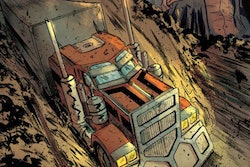 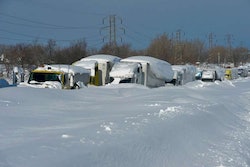