It was a bit surreal watching last Thursday night’s episode of “Ice Road Truckers” knowing that one of the featured players had died less than a week ago.

The History Channel added a memorial mention at the end of the program for Darrell Ward, who died in the crash of a single engine plane in Montana Sunday. Still, as the program played on, there was Ward moving forward and it was hard not to read extra meaning into every word because of his passing.

A private memorial service for Ward will be held Saturday. Co-star Lisa Kelly talked about Ward during the recent Great American Trucking Show.

“This is the start of the adventure,” said Ward as he set out for Elk Island Lodge, which sits on an island in God’s Lake in Manitoba.

Unlike most trips, this one was on a private winter road not maintained by provincial or local authorities. As Ward pressed on he said, “It looks bad ahead,” and added, “I don’t know what I’m in for.”

After jostling along the road, which was in rough shape because of the mild winter weather, Ward came to a the toughest part of the trip: A four-mile lake crossing … at night … which no other truck had made.

“I want to look at what I’ll be driving on,” said Ward as he walked onto the ice of God’s Lake. “I haven’t seen ice this clear all year,” and he figured it was about 14 inches thick, hardly an encouraging number for a man driving a truck loaded with 37 tons of heating oil. The veteran ice roader suggested this lake crossing would not even be open if it weren’t private.

“No need to hesitate,” Ward concluded as he ventured onto the lake, easing along until he reached the shore.

“I’m kicking my feet up and will unload in the morning and get out of here,” he said.

Art: From ‘Wild Card’ to ambassador

“I went from the wild card to the to the ambassador,” said Burke, who then set out on the 500-mile trek to the First Nation village of Summer Beaver, Ontario with 20 tons of food.

Burke’s path was narrow, rutted, unstable and covered in soft snow. He found out the hard way to keep his rig close to the middle of the road when he got stuck on the shoulder for a bit.

“There’s an example of getting too close to the edge,” said Burke, but added the road had numerous blind curves, around which could be trouble.

In television, they call that foreshadowing.

Shortly thereafter, Burke rounded a curve and almost came nose to nose with a tanker. Both trucks slid to stops with no damage.

He finished the trip and received a warm — if not ambassadorial — welcome from the newest Polar customers.

Steph Custance, the newest ice road trucker, has a nickname: Hammer Down.

While it may seem a bit fanciful for a brand new, 22-year-old, rookie driver, Custance earned it not with her driving, but with a tool.

She and Todd Dewey finished their bobtail trip to the First Nation village of Shamattawa to retrieve two trailers that had been left there at the end of the previous season. Dewey had no problem hooking onto his trailer and backing it to freedom. Custance, who Dewey seemed to enjoy calling “Junior,” was not so lucky; hers was frozen in place.

After Dewey’s attempt to yank it free with a chain failed, the two dug away the snow and then crawled under the truck. That’s when Custance truly became “Hammer Down” when she had to pound loose the trailer’s frozen brakes with a large mallet.

The pair headed back to Winnipeg with the trailers and the first complete ice road run of 45 hours and 1,000 miles to the newest driver’s credit.

Much has been made this season of the El Nino in the Pacific Ocean causing a winter so mild that some roads were closed and the ones that were open were a mess.

Veteran ice roader Alex Debogorski got a taste of both in Thursday night’s episode.

The trip to St. Theresa Point started roughly, but then came to a complete halt. Debogorski came upon a sign that said the road to St. Theresa was closed, and all he could do was sit and wait for the temperature to drop.

What Debogorski did was sleep until he got a wake-up call from Kohaykewych saying temperatures had fallen sufficiently and the road was reopened. This meant an overnight trip of 200 miles in order to make the delivery on time.

Debogorski said the Lord’s Prayer as he drove and arrived at his destination at 8:52 a.m. for his 9 a.m. deadline.

“Some things I don’t have control over,” said Debogorski. “I have to hand (them) off to God.” 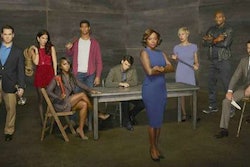 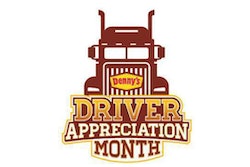