Daniel Sieczkarski, of Rochester, New York, has been driving for 14 years, but he’d never quite experienced anything like the April flooding in Houston and its surrounding areas.

Sieczkarski, a company driver for Melton Truck Lines, was driving on Interstate 10 on April 18 outside of Houston when he saw another truck parked sideways in floodwater.

The driver was still in the cab. Sieczkarski found a safe place to park his own truck then circled back around to check on the other driver.

“I opened up the door, he came out, I grabbed him the best way I could and that was it. We turned at the same time and looked at the people on the embankment, and I told them I was ready to let go and for them to pull,” Sieczkarski said.

They dipped under the water multiple times but made it back to dry land safely. Almost an hour later, the truck belonging to the driver Sieczkarski rescued had been completely submerged in the floodwaters.

Sieczkarski is being recognized for his heroic efforts by the Truckload Carriers Association (TCA) as a Highway Angel, according to a Sept. 8 TCA release.

Sieczkarski and the driver he helped rescue still talk every day. They’re now best friends for life, Sieczkarski says. He says he was taken by surprise when he was named a Highway Angel.

“I wasn’t really expecting it, because that’s not how I am. A lot of people ask me why did I do it, and I tell them honestly I lost my wife three years ago due to a massive heart attack. I didn’t know this person at all, I didn’t know if this guy had a family, wife, kids or anything so I did what I had to do and jumped in to save him and that was it,” Sieczkarski said.

Watch the video below to see Sieczkarski complete the rescue. 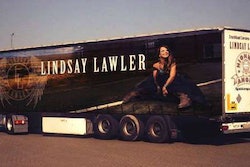 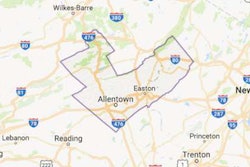 Will Lehigh Valley become distribution center of the East? 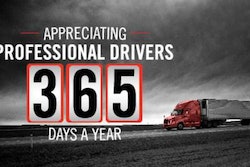