Late season trips across softening roads left four of the drivers on “Ice Road Truckers” with more than a few concerns:

So, it was just another typical episode of the History Channel’s hit reality show, “Ice Road Truckers” Thursday night.

A 500-mile trek to Big Trout Lake with 20 tons of building supplies is nothing Polar Enterprises Todd Dewey worries too much about normally.

But, in this instance the road to his destination had been closed. It just reopened in time for Dewey to make a dash delivery … even if it was his birthday.

The veteran driver was philosophical — if a bit wistful — about being away from his wife and kids on his birthday. But, he figured he would be reunited with them after the run and chalked it up to being part of the job.

That was until he reached the turnoff to Big Trout Lake. Just as Polar’s “Top Dog” arrived, a pair of workmen put a barrier across the road with a “Closed” sign attached.

“What the hell?” said Dewey.

The road had been reopened just that morning, but closed as temperatures rose. Dewey had no choice but to wait until night settled over the ice road and made it passable again.

So, he built a fire alongside his parked truck and decided to “enjoy what the good Lord gave us.”

Then he violated Polar policy and used the satellite phone to make a non-emergency call.

“I love you guys and miss you guys like crazy,” Dewey told his wife quickly.

Twelve hours after the road was closed, it reopened and Dewey set off again on a road that was soft, if not thawed.

If that weren’t enough for the birthday boy, come 4 a.m. he faced crossing a frozen — he hoped — lake.

Eyeing the lake before setting off, Dewey questioned how solid it is and if his job “is really worth it.” But, realizes, “(There’s) only one thing to do,” and with that puts the truck in gear and sets off over what he calls “a big ass lake.”

Dewey may hate crossing a frozen lake at night, but he does it and is ready to log the final 200 miles … until he realizes there’s something wrong with the truck.

Getting out and looking under it, Dewey finds the crowning insult to his birthday trip: a broken leaf spring. That’s where the episode ended.

A famous poem by Robert Frost says, “Some say the world will end in fire/Some say in ice.”

For Lisa Kelly, her ice road trucking season almost ended in a combination of the two.

With the road to Sandy Lake falling apart in the mild weather, Kelly faced a 300-mile run through mud and slush.

Normally, her goal is to not get stuck in the snow, but in this run her concern was more about getting trapped by the mud of a rapidly melting muskeg. But, she had little choice but to press on, adding, “I don’t think this road will last another day.”

At one point, it appeared Kelly’s truck might not see the next day either.

This has been a tough ice road season for Kelly. On two other occasions her truck seemed ready to betray her with mechanical issues.

Pounding along, Kelly suddenly noticed smoke coming out from under the truck’s hood. Stopping and lifting the hood, Kelly found a small fire blazing away.

Quickly, Kelly grabbed the truck’s fire extinguisher, put out the blaze before it could get too big and found the source: thawed muskeg had caked around the truck’s exhaust, and dried enough to catch fire.

With the fire doused, Kelly scraped the rest of the muskeg out of her engine compartment and put the last 100 miles to Sandy Lakes behind her, delivering what may be one of the last loads of her season.

Steph Custance: Crossing the Ice on Her Own

With freight to be delivered and time running out, Polar’s newest driver Steph Custance got sent on a 200-mile run to Pikangikum. It’ll be her first time on the ice roads without Dewey making the trip too.

What makes this particular trip especially demanding is that Custance faces a 10-mile crossing of a snow-covered lake, one of the longest on the ice roads.

After eyeing the lake, the 22-year-old Custance looks at a photo of her son, and says it’s a good reminder of why she is where she is.

“My son is my world,” said the single mom. “I live and I breathe for him.”

On the ice with her 28-ton load, Custance frets as the ice cracks and pops under her truck, but presses on.

Still, she presses on and gets her truck back on land.

“I made it,” she said, with no small amount of relief in her voice. “That was tough, but I made it. I’m very proud of myself for doing that.”

Darrell Ward: Going Three for Three … But Not Easily

“(This) could be a new adventure,” said Ward as he bounds along the rutted and thawing ice road. “Or a new disaster.”

But, this is, as narrator Thom Beers intones, “a big money haul,” as Ward heads first to South Indian Lake, the Lac Brochet and then Brochet.

Ward makes South Indian Lake with a minimum of trouble considering mild weather is causing some roads to thaw and others to be closed. But, heading to his second and third stops means traversing one of the rockiest and least maintained of roads in unfamiliar territory.

Just 20 miles from Brochet, Ward comes to a “bog hole.” Water has accumulated on the road, but has not frozen, making it the winter equivalent of a mud pit.

“This is a nightmare,” Ward said in one breathe; adding, “(It) does no good to stand here,” in the next and sets off, slowly skirting the edge of the icey bog.

To no one’s surprise, the Montana Legend rolls into Brochet to unload at about the time the sun sets.

“I survived the roads,” says Ward. “The communities got the supplies they needed. Against all odds, we pulled it off.” 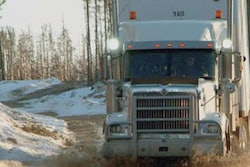 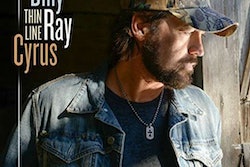 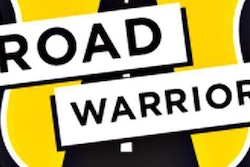