Peloton Technology, the Silicon Valley outfit that recently platooned three trucks in California, plans to do something similar yet this year on the Ohio Turnpike.

Cleveland.com, earlier this week reported, “The turnpike is ideally positioned because it is “relatively straight and relatively flat,” (Ohio Turnpike Executive Director Randy) Cole said. And the turnpike already has been used as an autonomous vehicle testing ground.”

Needless to say, the prospect of platooning trucks drew more than a few comments. Some for. Some against.

Ottobschot in part wrote: “ IDIOTS. This is a very stupid and irresponsible decision. (Ohio Gov. John) Kasich is a fool for picking the I-90 stretch in Lake County to experiment. Ignorant truck drivers are already too incompetent to drive in a little bit of snow, causing traffic accidents that made ODOT decide to lower the speed limit to 60 MPH.”

161le said: “I smell a Huge lawsuit coming against Pelton Technology and the State of Ohio when the trucks have a computer malfunction and cause an accident.”

A person calling themselves Harry Carry opined: “Sounds like this fiasco is going to shove more trucks into the left lanes causing more cars to ride in the fast lane going slow.”

A person listing themselves as sagrious wrote: “Pretty cool.  A more efficient way to move goods from place to place.”

But, luvcle disagreed: “Nothing cool about this and no new efficiencies. A long term cost cutting measure, nothing more.”

According to straight-shooter: It’s not whether it will happen, it’s how to implement the system to be safe and productive, and work things out with lawmakers. Once they do all that, yes automated semis are on their way.”

Finally, reality weighed in with: “I’ve always been amazed at how much thought, time, and money overpaid executives put into reducing workers’ costs. I wonder how much money has been poured into this funny little idea about how to reduce wind resistance.” 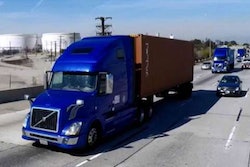 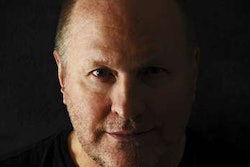 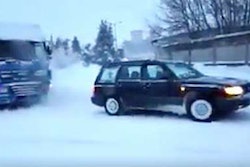 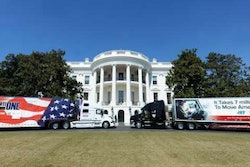