Ice on the lakes melted. The temporary roads went from packed snow to muddy muskeg. And, the drivers headed home.

But the last episode of the 11th season was not without its drama for all of the drivers. Deteriorating roads and mechanical troubles made everyone’s last deliveries of the season demanding and a bit dangerous.

Reno Ward: Almost a mistake on the lake

Reno Ward’s trek to Big Trout Lake with a flatbed full of building supplies was difficult on a rapidly-decaying trail. Things got marginally better as night fell and the colder temperatures made the roads firm up a bit.

But, then came an ice crossing of a lake only slightly better than the rough ice road. Things seemed to be going well for Ward until warning lights started flashing on his truck’s dash and a warning alert began to sound. Ward’s truck was losing air in its brake system and was about to stop.

And, stop it did in the middle of the lake. The weight of a stationary truck on the suspect ice gave Ward more than a little concern.

So he got out, crawled under the truck, but could not hear from where the air was escaping. Ward had to do the unthinkable: turn off his truck, and turn it off while in the middle of an ice crossing; two ice road sins in one.

Without the engine noise, Ward quickly found the air leak — an air tank valve stuck open — and made the repair.

“That was an easy fix,” he said. “That was pretty nerve-wracking.”

As the finale wound down, Ward reflected on his return to the ice roads and said, “I think my dad would be proud.”

Polar stalwart Todd Dewey pretty well summed up the troubled season as he stood in the loading area of the company’s satellite location in Pickle Lake. He quickly counted off 17 loads still waiting to be delivered as the season quickly wound down.

His would be the last load into Kasabonika, and that meant 200 miles of narrow, winding roads that were quickly becoming muskeg, which narrator Thom Beers called “the quicksand of the North.”

It wasn’t long before Dewey faced a hill still icy enough to block his progress. As he did in a previous episode, Dewey gingerly backed down, chained up and made a second run.

He made the hill, and completed the trek to Kasabonika, glad that it was done.

When last we saw rookie ice roader Steph Custance, she had a wildly panicked look on her face as her truck headed straight for a snowbank on the side of the road.

That’s where she started the season finale: unhurt but unable to free her truck and get back on the road.

She radioed Lisa Kelly, who she had been running with, asking for help. Kelly backed up to where Custance was stuck and quickly determined, “There’s absolutely zero ways I’m getting you of there.”

The two decided Kelly would drive on to her destination in Bearskin Lake and send help.

That help was a crew with a front loader, a road grader and, luckily, a chainsaw.

Trees had to be removed before the real work of pulling Custance’s flatbed filled with building supplies could begin. But, once the loader and grader were attached to Custance trailer, it was clear that even that was not enough pulling power to rescue the rookie.

“I’ve got two pieces of heavy equipment attached to me and pulling like a train and they still can’t get me out,” she said. “Not good.”

Custance suggested hooking one piece of that equipment to the trailer and one to the truck. That arrangement worked and Custance’s buried truck was freed.

“I cannot believe how wonderful these people are,” said Custance, hugging every one of them.

When last week’s episode ended, Art Burke had just received a call from his boss at Polar Industries, Mark Kohaykewych. Burke’s trip home to Winnipeg would require a detour: a side trip to pick up a bulldozer for the backhaul home.

The heavy load made for tough going on the ice roads Burke said had “passed their due date.” The crossing of a Red Lake was even touchier for Burke, who was more than anxious to be back home in Yellowknife.

“I’m a little leery of this,” said Burke as he eased onto the frozen lake that was covered in standing water and had several holes where someone else had broken through.

“I want to get off this as fast as I can,” said Burke.

He didn’t do it quickly, but Burke eventually got off the lake and back onto a muddy road for the drive back to Polar HQ.

Aside from trying to help Custance, Kelly seemed to be having a rather uneventful last run of the year.

Then the phone rang. Just like Burke last week, Kelly got asked by Kohaykewych for some help. A stretch trailer was stranded, and could she fix it and finish its delivery.

Kelly, recounting that Kohaykewych helped her out when her truck needed major repairs earlier this season, agreed. Once located, Kelly, who professed to not being a truck technician, managed to diagnose and fix the problem of a bad air line.

“I’ve never recovered a load of freight before in my life,” said Kelly, obviously pleased with herself.

As she drove on, she recapped her stressful season: a major accident on the road, a fire in her cab, making an epic oversized haul with Reno Ward and Kohaykewych. But, most of all, doing it all without her business partner, the late Darrell Ward.

You can see all of this season’s episodes by signing up for an account on the History cable channel’s website. 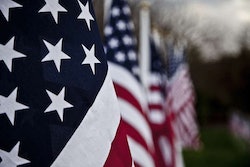 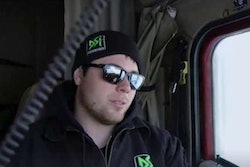 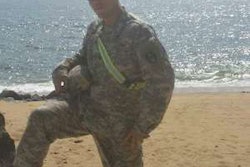 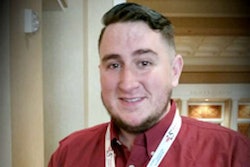