Eight drivers have recently been recognized by the Truckload Carriers Association as Highway Angels for helping other motorists while on the job.

Each of the following drivers received a certificate, patch, lapel pin and truck decals for being named Highway Angels, and their fleets also received certificates acknowledging their drivers as Highway Angels.

Knoxville, Tenn.-based Eslinger has been named a Highway Angel for assisting two drivers that had crashed.

The driver for Frontier Transport out of Greenfield, Ind., witnessed an accident involving two vehicles in December 2016, then used his truck to block traffic before he performed CPR on two victims.

One of the victims survived, but the other did not. Eslinger stayed on the scene and assisted EMS throughout the night. TCA says this is his eighth life-saving event during his trucking career.

Bison Transport driver Gillmore, out of St. Thomas, Ontario, earned his Highway Angel wings by extinguishing a fire of a crashed vehicle and saving a man’s life.

In October 2017, Gillmore had finished his work day and was headed back to the year when he came across a head-on collision with a car on fire. He stopped and grabbed his fire extinguisher and was able to keep the fire from spreading.

He was then able to pull a motorist away from the burning vehicle to a safe area. The driver he pulled out had serious injuries – a broken leg and ankle – and Gillmore stayed on the scene for more than two hours to wait for paramedics.

Goodrich, out of Henderson, Colorado, was recognized for comforting an injured motorist who was ejected from their vehicle.

The HVH Transportation driver was driving on I-15 near Mesquite, Nevada, in November 2016 when he came up on an overturned car whose driver had been ejected into the left lane. Goodrich called 911, turned on his hazard lights and blocked the highway to protect the driver.

TCA says Goodrich comforted and talked with the driver has he went in and out of consciousness until EMS arrived. The injured driver survived the accident.

Garner, of Humble, Texas, was named a Highway Angel for not only shielding a child thrown from a vehicle onto a highway, but also assisting other family members in the vehicle.

The Duprè Logistics driver was traveling on I-45 North near Buffalo, Texas, when he witnessed an SUV flip several times before landing in its wheels and sliding down an embankment into a tree. He saw that a child had been ejected from the car and landed on the freeway, along with luggage from the car. Garner slowed to stop in front of the little girl, shielding her from oncoming traffic. She did not sustain serious injuries from the accident.

Another motorist stopped and grabbed the child, allowing Garner to go to the SUV where there were two other children and two adults. The mother yelled that her leg was broken and couldn’t get out of the vehicle, and the father appeared to be deceased. Garner then heard an infant in the back seat crying. He got the infant out of the car seat and have it to the mother.

At that point, the husband began moving again and was able to climb out of the car. Paramedics then arrived to help the family.

In January 2017, Williams was driving down Wisconsin 29 in a bad snow storm and witnessed a pickup truck speed past her before zig-zagging and veering 150-feet off the highway. The pickup rolled three times, and the couple’s dog and belongings had been ejected from the truck.

Williams got the dog, which was unharmed, and brought it back to her truck. She then went to the pickup and kicked in the back window to pull the woman out. She also helped the couple remain calm until paramedics arrived about 30 minutes later.

New York-based Chernyak, a driver for Experior Transport, was named a Highway Angel for helping stop a runaway truck.

Chernyak was driving down I-70 in Indiana when he saw a flatbed truck ahead that appeared to be stopped in the middle of the road. He slowed down and noticed the truck was slowly rolling backwards.

Realizing something was wrong, he stopped his truck, got out and ran up to the truck where he found a driver slumped over the steering wheel unresponsive. Chernyak opened the door and set the brake, then blocked traffic with his truck and called 911.

He then went back to the other truck and lifted the driver into the sleeper, then got in the driver’s seat and pulled the truck to the shoulder.

The driver only spoke broken English, but Chernyak, who speaks Russian fluently, noticed Russian on the driver’s phone and was able to help the driver communicate with authorities on the scene.

A Wisconsin-based trucker is being recognized as a Highway Angel for helping to extinguish a car fire and keeping the vehicle’s occupants safe.

Magsam, a driver for Green Bay, Wis.-based Contract Transport Services, was in the Kohler, Wis., area when a car in front of him caught fire. According to TCA, Magsam followed the car until it came to a stop, then grabbed his fire extinguisher and jumped out to help.

He asked the driver to pop the hood, but noticed two children in the back seat, TCA says. He told the woman to quickly get her children out of the car, then proceeded to put the fire out to make sure no one was hurt.

Challenge Motor Freight driver John Weston was recognized by TCA for comforting a fellow driver that was involved in a crash.

In October 2017, Weston was driving back to his company’s yard when he came up on a high-speed rear-end collision involving two tractor-trailers. He pulled over and approached the accident and found the second truck was entangled in the back of the first trailer.

He checked the cab of the first truck and saw the two drivers were unharmed, so he went back to the rear truck, where he found the driver upside down and still strapped in his seat, unable to move. Weston could only see the top of the driver’s head and asked if he could place his hand on the driver’s head to he would know he was there.

Weston didn’t notice any bleeding, but the driver told him he couldn’t feel anything. He continued to talk to the driver for the next half hour before the driver passed away.

“If he would have had a team, or a pet, someone would have been there for him,” Weston said. “But for some reason it was supposed to be me that stopped that day. I was there with him when he passed away, with my hands on his head. He did not have pain in his voice, and he did not seem nervous. His name was Abdul, he told me. He heard my English accent and I heard his foreign tongue, and in that time, not race nor religion nor anything else mattered. All that mattered was that I was there for him in his last moments, and I know that means a lot to families.” 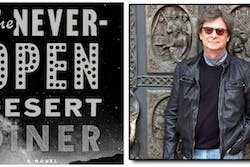 Truck driver the hero of two novels by James Anderson 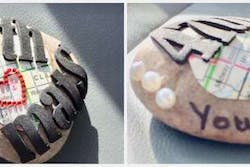 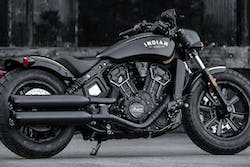 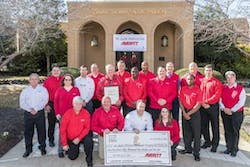