Fast food is often a fact of trucker life because these chain restaurants meet many of the needs of the truck driver on the road:

1. They are almost everywhere, including most major stopping centers on heavily traveled interstates;

2. They generally serve up reasonably priced food drivers, if they choose, can grab, and take with them as they head back down the highway;

3. They are predictable. The Burger King in Bakersfield, Calif. serves the same burger, fries and shakes as the one in Davenport, Iowa and the one in Harrisburg, Pa.

While many drivers find these facts comforting, others see them as distressing, believing the food served at these stores as the shortest distance between their best efforts to lose weight and buying a new, larger belt.

One of the most common fast food chains on American interstates is Subway. There are more than 44,000 of the sandwich shops worldwide.

Large, fully loaded submarine sandwiches (a.k.a. hoagies, grinders, wedges) are the stars of the Subway menu. Tasty as they may be, these sandwiches sometimes can pack a punch when it comes to calories and carbs: A 12-inch Chicken/Bacon/Ranch Melt contains 1,140 calories, 560 grams of fat, 1,680 grams of sodium and 190 carbs.

However, it’s possible to tuck into a meal at Subway and not totally derail your efforts to eat well and lose weight.

Subway heavily promotes its 6-inch subs with 6 or fewer grams of fat. The chain also offers a large list of salads that can help you cut calories, dodge carbs and get more vegetables into your diet; all good things.

Among the healthier choices on the Subway salad menu are:

A couple of words to the wise eater:

Ordering a salad loaded with the lunchmeats that normally go on the sandwiches may not be as good a choice as you may think. For example:

Also, be aware that soups at Subway can add plenty of sodium you may wish to avoid.

Check out all of Subway’s nutrition information. 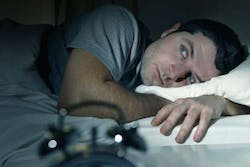