The California Highway Patrol reports that 13 people were killed and 31 others injured early Sunday morning when a tour bus slammed into the back of a tractor-trailer on the 10 Freeway north of Palm Springs, California.

Multiple media outlets report the crash happened at about 5:17 a.m. It appears a bus carrying 44 passengers was returning from a casino when it hit the Freightliner from behind. CHP reports the bus driver died in the crash; the truck driver suffered minor injuries.

A CHP spokesman reportedly said the bus was traveling “significantly faster” than the truck at the time of impact, adding that it was unclear if either vehicle was exceeding the speed limit at the time of the crash. The trailer of the truck entered 15 feet into the bus.

The freeway was closed for much of the day; reopening late in the afternoon.

The National Transportation Safety Board is investigating.

Getting this towed and freeway cleared of debris last things to do before opening 10fwy WB at Indian Cyn in #PalmSprings area. #CBSLA pic.twitter.com/hf4u3Vq0Gm 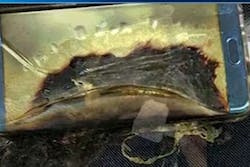 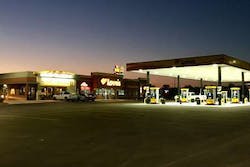 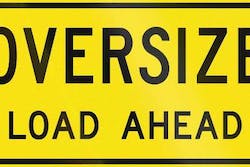 Extra large load could cause delays on I-24 tonight 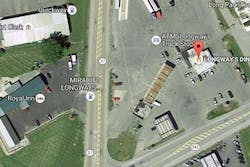