Transport America was recently approved by the Department of Labor and the Veterans Administration to offer an apprenticeship program for veterans who want transition from the military to the transportation industry.

Military veterans in the program will train for a year to be a driver instructor and eventually a student driver instructor. These veterans will be able to take advantage of the GI Bill to get additional pay for their increased skill level. 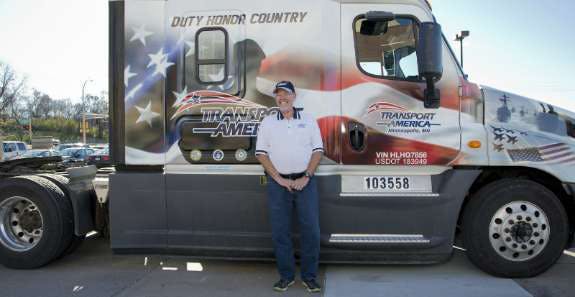 Transport America recognizes one of their drivers and military veteran Robert Harp, on Veteran’s Day with a custom military truck wrap. Robert was in the Army Airborne having two years of active duty and 25 years in the reserves. Robert has been a driver with Transport America since 1998. (Transport America photo)

“Military veterans have been a key to Transport America’s success for many years,” said Keith Klein, president of Transport America. “At Transport America veterans can capitalize on the valuable skills developed during their military service and find a new place to build a long-term career.  We are proud to be a part of this program to support our veterans to help them reach their goals.”

On Friday, Nov. 11, in celebration of Veteran’s Day, Transport America held an event where they surprised one of their veteran drivers with a custom military truck wrap. Robert Harp has worked for Transport America since 1998, been a student driver instructor for the last two years, has driven over 2 million miles accident free and was named driver of the year in 2015.

“Transport America is a great company to work for,” said Harp. “I really appreciate the military wrap and recognition.”

Harp was in the Army Airborne for two years active duty and 25 years in the reserves. He’s been a driver with Transport America since 1998. 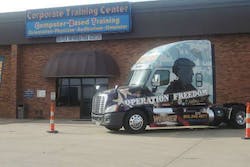 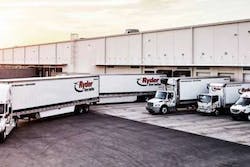 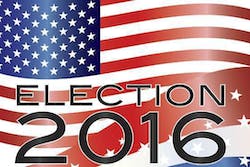 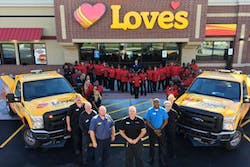