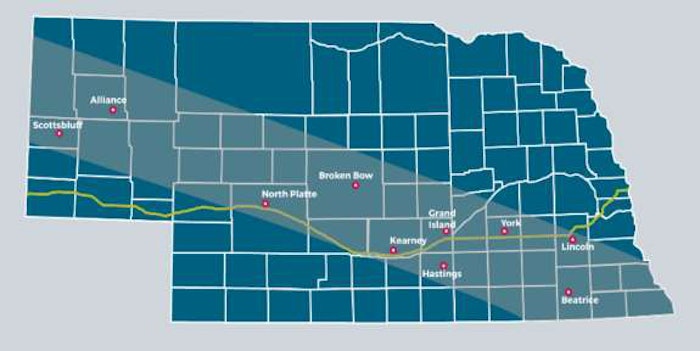 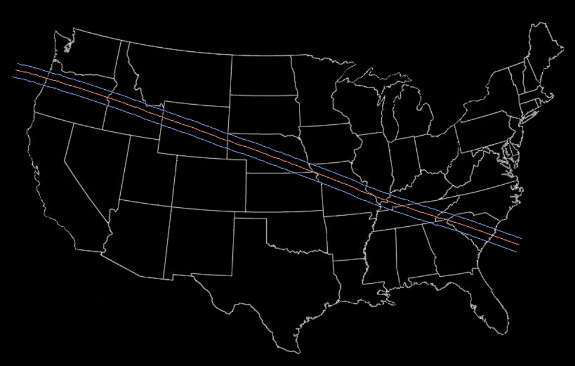 Path of the up coming solar eclipse

There are many factors that can delay a shipment:

Now, add to that list a total eclipse of the sun.

The Nebraska State Patrol is banning oversized and over-dimensional shipments through the state for about four days because of the upcoming solar eclipse later this month. The path of the eclipse covers the entire state.

Because of concerns over what it called “possible traffic conflicts” the department issued the ban which begins at sunset Aug. 18 and continues through sunrise Aug. 22.

The department is also stepping up patrols on I-80 during that time.

While the ban applies to oversized and over-dimensional loads, the department said it does not apply to overweight loads that have proper permits.