The latest person to throw up a late game “hail Mary” objection to the impending deadline to install electronic logging devices in most trucks is Indiana’s attorney general. 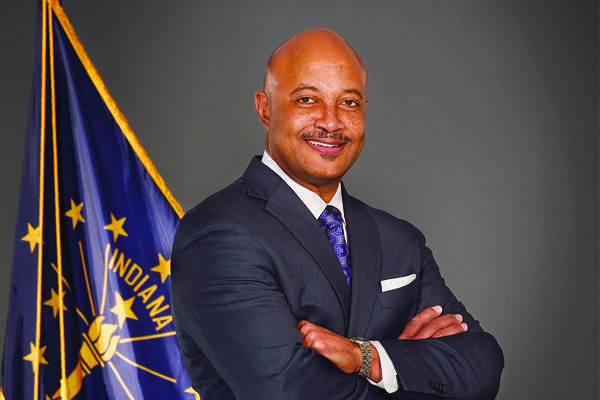 In a letter filed with FMCSA’s Chief Counsel Randi Hutchison Wednesday, Hill Jr. said the deadline “would place undue burdens on drivers and operators.” He also requested “an immediate delay in the implementation of the new requirements,” but did not propose a new date by which truckers should be required to adopt ELDs.

Chief among Hill’s concerns is the agency’s registry of ELD providers and units, which allows manufacturers to self-certify their ELDs — with little vetting by the FMCSA itself  — as compliant with the rule’s specifications. Devices listed in the registry, despite being certified by manufacturers, may “not ultimately be compliant or conform to the required” specifications of the agency’s rule, Hill argues.

He also contends that the agency hasn’t given manufacturers or roadside enforcers the tools they need to test and deploy the data transfer methods required by the ELD rule. Hill said, “too many questions surround the mandates with which drivers and operators will be expected to comply.”

The Owner-Operator Independent Drivers Association last week asked the agency to exempt small fleets — those with less than $27.5 million a year in revenue — with no at-fault crash records from the ELD mandate for at least five years.

Some 40 ELD information rallies are planned for Monday, Dec. 4 across the nation.

At the same time, the American Trucking Associations has repeated its calls again on Congress to support ELD mandate.

“ATA is a strong defender of the Electronic Logging Device final rule,” Collin Stewart, president of Stewart Transport Inc., said on behalf of the ATA. “As a committed advocate for the safe and efficient transportation of freight over America’s highways, ATA believes ELDs will improve safety by ensuring strict compliance with hours-of-service requirements.”

“Opponents of the ELD rule claim that the use of ELDs will make them less safe by eliminating the flexibility they have by using paper logs. It is important to point out, as federal regulators have, that nothing in the ELD rule changes the current hours of service limits,” Stewart said. “Drivers who claim that ELDs remove their discretion in deciding when to take a break or when to drive either don’t understand how the current rules are structured or are willfully ignoring them.”

Drivers are paid a salary, are home every day, and drive what the company calls "butterfly" routes.