If you pick up and/or deliver to or near most major U.S. cities, you don’t need a study to tell you how bad traffic congestion is; you’re mired in it on a regular basis. But, the latest data pinpoint the 100 most congested bottlenecks for trucks in America, and illustrate its cost.

The American Transportation Research Institute today released its annual list of trucking bottlenecks, which is based on GPS information from 1 million trucks. In general, this year’s report shows congestion is getting worse, the speed of travel through these locations is slowing, and the cost to the industry is increasing.

The top 10 locations for the worst congestion for truckers includes:

ATRI’s analysis also found that year-over-year truck speeds across the top 10 locations dropped by an average of nearly 9 percent as congestion worsened.

Trucks that aren’t moving, or are moving slowly, are expensive. It’s estimated congestion costs the industry some $74.5 billion a year, and 1.2 billion in lost hours of productivity. ATRI said congestion caused by these bottlenecks equates to 425,533 truckers sitting idle.

“Congestion is a persistent issue for our industry and our company specifically,” said Rich McArdle, president of UPS Freight. “For UPS, if all of our vehicles are delayed just five minutes a day, every day, it costs our company $114 million a year.”

While Fort Lee, New Jersey (the George Washington Bridge crossing into New York City) is the worst bottleneck, Atlanta has the dubious distinction of being the U.S. city with the most trucking bottlenecks in the top 10 with three. Fully 70 percent of the locations on the top 100 list are located in just 12 states. That list includes:

The nation’s largest trucking advocacy group wants elected officials to do something about these bottlenecks.

“ATRI’s research shows us where the worst pain points are – but they are far from the only ones,” said Chris Spear, president and CEO of the American Trucking Associations. “This report should be a wakeup call for elected leaders at all levels of government that we must act quickly to address our increasingly congested highway system. Without meaningful investment in our nation’s infrastructure, carriers will continue to endure billions of dollars in congestion-related costs – which results in a self-inflicted drag on our economy.”

You can see a detailed list of the top 100 most congested bottlenecks online.

Use the comments section below to tell us about the locations where you encounter the most congestion. 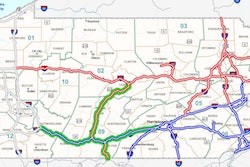 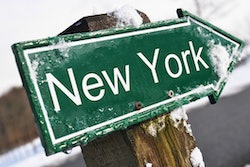 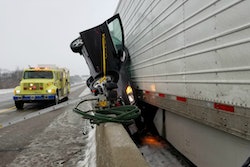 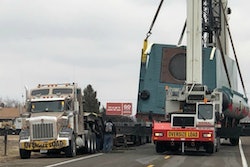