Two company drivers have earned their Highway Angel wings from the Truckload Carriers Association for coming to the aid of Shannon Currier, the director of philanthropy and development for trucking non-profit St. Christopher Truckers Relief Fund.

Currier had become stranded on her way to the Mid-America Trucking Show in March after she got a flat tire. Currier knew she would be delayed getting to the truck show and placed some calls to give her colleagues a heads up.

One of the people she called was Scott Wagner of Spartan Direct, a driver ambassador for the St. Christopher Fund, who was already at the show. Wagner grabbed Robert Barnette, an owner-operator with Swift Transportation, and the two took Barnette’s truck and drove 38 miles to help Currier.

Barnette took the flat tire off Currier’s vehicle and put on the spare tire. He and Wagner then followed Currier to a nearby Walmart so she could have a new tire installed. The two men stayed with her another two hours while they waited for the new tire.

“Scott and Robert knew the danger I was in being a female out there alone,” Currier said. “I don’t know how long I would have had to sit on the side of the road waiting for help or waiting for our AAA to be reinstated and then for a driver to come help me.”

Wagner agreed, saying, “You’re in the line of danger no matter how far off the road you are. And she wasn’t near an exit. We let her know we’d come and rescue her.” 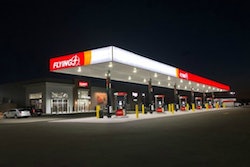 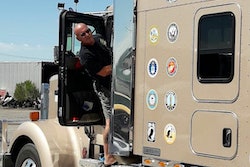 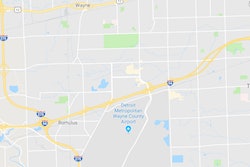