Ten finalists have been named for the Transition Trucking: Driving for Excellence award, which recognizes military veterans who are rookie truck drivers. One overall winner will receive a fully-loaded Kenworth T680.

The top 10 finalists will be recognized at the George W. Bush Library and Museum during a reception later this year. Then the field will be narrowed down to three finalists during the Great American Trucking Show next month in Dallas.

The award is a partnership between the U.S. Chamber of Commerce Foundation’s Hiring Our Heroes program, Kenworth, and FASTPORT.

Christopher Bacon, TMC Transportation: Bacon is a Marine Corps veteran who served two combat tours, one in Afghanistan and one in Iraq, as an anti-tank missileman. He was honorably discharged in 2010 and worked as an automotive technician and service advisor before following in his grandfather and great grandfather’s footsteps by becoming a truck driver.

Thomas Blitch, Werner Enterprises: Blitch was a decorated U.S. Navy commander before retiring and working as a controller for several corporations. He founded and has been president of Magellan Christian Academies, faith-based early childhood education centers, for 20 years. Blitch is the author of a historical novel, titled “Pop’s Place: Some Things Are Meant To Be.”

Wade Bumgarner, Veriha: Bumgarner joined the Navy in 1976 and has actively been involved in helping transitioning veterans for many years. He volunteers his time, resources and expertise to help veterans with job search skills, resume writing, and job search strategies. He helped design an internship program for veterans at The Manitowoc Company.

Joseph Campbell, Roehl Transport: Campbell served in the Marine Corps for 24 years before joining Roehl’s flatbed division. He completed his first year as a truck driver accident-free, completed the first year of a two-year apprenticeship program, is training to become a certified trainer, and is a member of the Driver Advisory Group.

Keso Going, Epes Transport: Going served in the Army for seven years. He has lived in Oklahoma and Texas but has spent most of his life in North Carolina. When he’s not over the road he enjoys spending time with his wife and three sons.

Steve Harris, Stevens Transport: Harris joined the 2002 Marine Corps and was deployed to Iraq, Syria and Afghanistan. He received the Combat Action Ribbon. Harris worked as a corrections officer for a year in Georgia but wanted more freedom in his job, so he pursued a trucking career.

Kevin Lassing, U.S. Xpress: Lassing joined the Army in 2003 and served two tours in Iraq before exiting the Army in 2011. He decided in 2018 to use his Veterans Affairs benefits to attend trucking school and now drives for U.S. Xpress.

Maliq Melton, Melton Truck Lines: Before he joined the U.S. Army, Melton says we was a troubled teen growing up in a small Texas town. Enlisting encouraged him to face his personal demons. “Growing up in a small town groomed me to be a mannered man and the military developed me into the responsible man I’ve become today,” Melton said.

Monte Morrone, Prime Inc.: Morrone served 10 years in the Marines as a helicopter mechanic and nine years in the Army Reserve as a licensed practical nurse and combat medic. He served on multiple mission throughout Eastern Europe and Asia, plus two tours in Afghanistan and a humanitarian mission in Uganda.

Timothy Raub, Averitt: Raub spent 26 years serving in the Navy cooking and training junior Sailors. He served on five ships, two overseas unaccompanied commands, and three shore duty commands dealing in hotel restaurant services and one as an instructor teaching food service. He is currently an active Deacon in a church and works at a food pantry when he’s not behind the wheel. 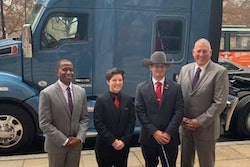 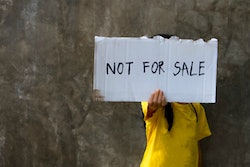 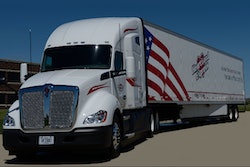