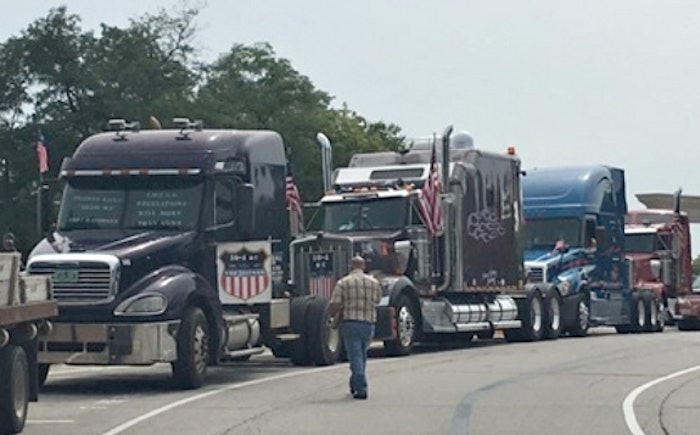 A group of truckers protested at the Missouri statehouse Wednesday, asking lawmakers to keep autonomous trucks off the state’s highways. KRCG-TV reports Rep. Mike Moon, R-Ash Grove is said to be working on a bill that could stop them from driving in Missouri.

Supporters for the ban against autonomous trucks gathered at the Capitol today to say their jobs and safety are on the line if these trucks are allowed in MO. @KRCG13 @LexieKRCG13 pic.twitter.com/esw1lMa5Fi