The court overseeing the bankruptcy proceedings of the now-defunct Celadon Group has said it will allow the fleet to pay $5.4 million in compensation owed to its drivers ahead of finalizing what the company owes its creditors.

U.S. bankruptcy judge Karen Owens stamped approval on the fleet’s legal motion Tuesday, saying she is authorizing — but not directing — Celadon to pay $3.9 million to drivers (including payroll tax obligations) and $528,000 to its independent contractor drivers. The fleet has also been granted approval to pay just over $1 million to a so-called “termination bonus program,” but it’s not explained whether that’s for company management or other employees.

The documents do not say when Celadon intends to issue any compensation to drivers or owner-operators.

The court has set a hearing date of Jan. 3 to finalize Celadon’s bankruptcy proceedings.

Celadon halted operations Monday, Dec. 9, at midnight, and filed Chapter 11 bankruptcy the next day. The court will now judge its assets and its list of creditors and finalize a deal to pay its debts.

In its Chapter 11 filing, the company estimated its total assets to be $427 million and its debts at $391 million. 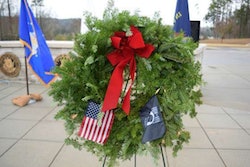 Wreaths Across America receives $25,000 from Omnitracs 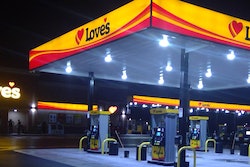