The three-month waiver allows drivers who hold commercial learner permits — CLPs — to operate during the COVID-19 coronavirus outbreak without a CDL driver in the front seat of the cab. That CDL driver, however, must be in the truck. The waiver, which expires June 30, also requires the CLP driver to provide evidence they have passed the CDL driving skills test.

The waiver is said to be necessary to ensure companies have the drivers they need in the COVID-19 coronavirus emergency.
As of this morning, there have been almost 190,000 COVID-19 cases confirmed in the U.S. and 4,000 deaths. Those numbers indicate the U.S. has surpassed China, where the outbreak began, for the number of cases and deaths.
The FMCSA has posted answers to frequently asked questions about its emergency declaration.

The COVID-19 coronavirus outbreak has claimed another event.

Tuesday, March 31, the joint Vermont and New Hampshire truck driving skills championship has been canceled. It was to have been held Saturday, May 30 in Pembroke, New Hampshire.

Several other states have postponed their competitions, which are qualifying events for the national event, scheduled for Aug. 19-22 in Indianapolis.

This is the latest in a growing list of trucking industry events postponed or canceled by the COVID-19 outbreak. It began with the cancellation of the Mid-America Trucking Show, which was to have been held last week in Louisville, Kentucky.

The National Private Truck Council canceled its annual conference and exhibition, which was scheduled for April 26-28 in Cincinnati.

The Commercial Vehicle Safety Alliance also canceled its annual International Roadcheck inspection blitz, which had been planned for May 5-7.

The 8th annual East Coast Truckers Jamboree held at the Kenley 95 truck stop in North Carolina has been canceled. The next jamboree will be May 6-8 of 2021, according to organizers.

The annual Mother’s Day Convoy to be held in Manheim, Pennsylvania May 10 for Make-A-Wish has also been canceled.

The Truck Trailer Manufacturers Association canceled its 78th annual convention, which was scheduled for April 22-25 in San Antonio, Texas.

A tractor-trailer loaded with, of all things, toilet paper, crashed and caught fire on Interstate 20 near Dallas this morning, April 1. The mishap occurred at about 4 a.m. near the Interstate 45 interchange.

A report of the crash says the driver hit a bump, lost control of the truck and hit a highway barrier. The tractor-trailer rolled on its side and caught fire.

The unidentified driver and his dog escaped without injuries.

And, now for a little good news …

An Alabama high school girl had an epiphany earlier this week and some truckers traveling Interstate 85 near Auburn were the beneficiaries.

Alana Jordan told the folks at the Alabama Trucking Association, “The shortage of necessities right now opened my eyes to how important truck drivers are to my daily life. I thought this project might show my appreciation for all the long hours they are putting in. I called it ‘Project Feed a Trucker.’”

Jordan and her mother bought food, made sack lunches and shared them with any trucker who stopped at the rest area on southbound I-85.

Alana’s mother told the ATA, “Alana just wanted to help truck drivers that might be finding it difficult to find places to eat right now! She just wanted to do something positive and be a blessing for these people, but I know she was just as much blessed in the joy she received today. Every trucker we met was very appreciative!”

And,  here’s a sampling of what’s been posted to social media lately 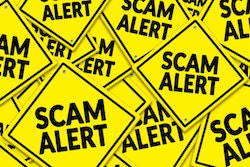 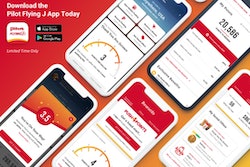 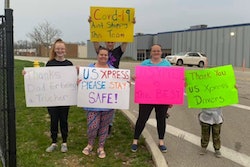