First responders Monday, April 13, rescued a trucker as the cab of his tractor-trailer dangled off the edge of a bridge over the Elizabeth River in Virginia.

Authorities report Wayne Boone, of Suffolk, Virginia was driving a 2007 Freightliner west on Interstate 64 at about 8:43 a.m. when a gust of wind pushed his empty trailer into another lane. The rig struck the side of the High Rise Bridge, and the cab went over the edge, but remained attached to the trailer, leaving Boone trapped inside.

Chesapeake firefighter Justin Beazley, a member of the department’s technical rescue team, rappeled off the side of the bridge to rescue Boone, who was hospitalized for injuries considered by police to be non-life-threatening.

The cab was lifted back onto the bridge later that morning.


Chesapeake firefighter Justin Beazley, a member of the technical rescue team, rappels off the side of the I-64 Highrise Bridge to rescue the driver of a tractor-trailer that jackknifed, hanging 70 feet over the Elizabeth River. pic.twitter.com/6hZhOVJHep

Wild weather led to a heroic response from some of our local first responders. We spoke to a firefighter who is being hailed a hero after he helped rescue a tractor trailer driver who was dangling in his cab off the High Rise Bridge https://t.co/HTkUqPLO2S pic.twitter.com/Mc0x2O6Oxt 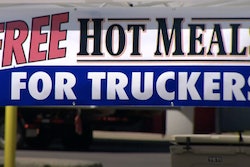 Free hot meals for truckers in this NC community 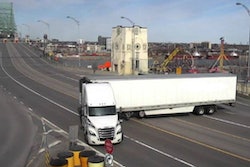 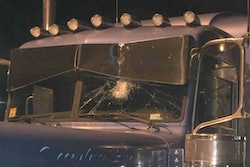 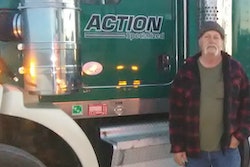