A truck carrying almost 300 containers of propane crashed and burst into flames along the Long Island Expressway in Queens, New York early this morning.

Police say a 36-year-old male truck driver, who was not identified, lost control of the vehicle after hitting a patch of ice. The crash caused the tractor-trailer to flip onto its side, spilling a cargo of 294 propane cylinders, police said. The trucker escaped without injury.

Police said one of the propane cylinders thrown from the truck hit a nearby parked U.S. mail truck, which also caught fire.

The crash occurred shortly after midnight on the eastbound service road of the LIE near Junction Boulevard in Queens.

It took 106 firefighters about two hours after the initial explosion to extinguish the blaze, according to the New York City Fire Department.

It appears no charges were filed against the trucker. 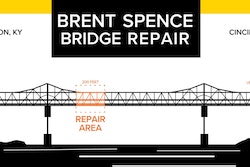 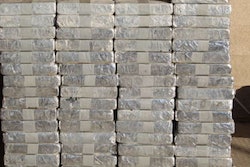