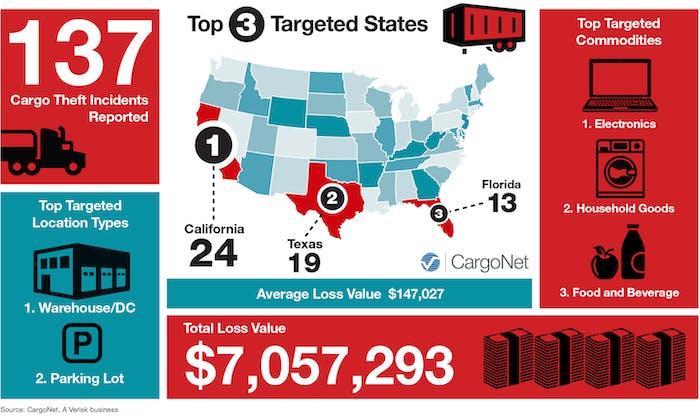 As with most long holiday weekends, Labor Day is a time to be especially mindful of the cargo on your truck.

CargoNet, the cargo theft recording firm, warns trucking companies and their drivers of an expected increase in cargo theft activity during the upcoming three-day weekend.

CargoNet recorded 134 events involving cargo theft or theft of a trucking vehicle during the previous five Labor Day periods. Each event was worth an average of $147,027.

The firm notes activity was highest during the 2020 Labor Day period and increased 19% over the previous year. Nearly half of all events recorded during the previous five years took place on the Friday, Saturday, or Sunday before the Monday Labor Day holiday.

RELATED NEWS: Labor Day travel is expected to be slightly behind 2020

Electronics – specifically computers, computer parts, and televisions – were the most stolen category of goods in recent Labor Day periods. Electronics goods were distantly followed by household commodities such as major appliances, tools, and mixed shipments of household and houseware items, CargoNet says.

The firm suggests trucking companies and shippers/receivers can step up security by arranging for same-day delivery of short-haul shipments, embedding covert tracking devices, and by using high-security locks to prevent trailer burglaries.

CargoNet also says drivers should not leave their vehicles or shipments unattended, especially within 250 miles of pickup, and should also be on the lookout for any vehicles that appear to be following them. 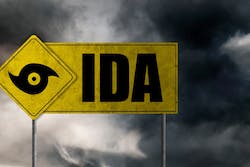 Trucking pitches in to help victims of Hurricane Ida 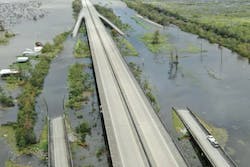 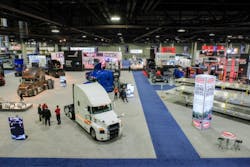 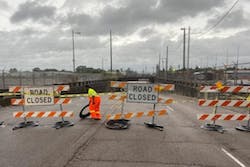